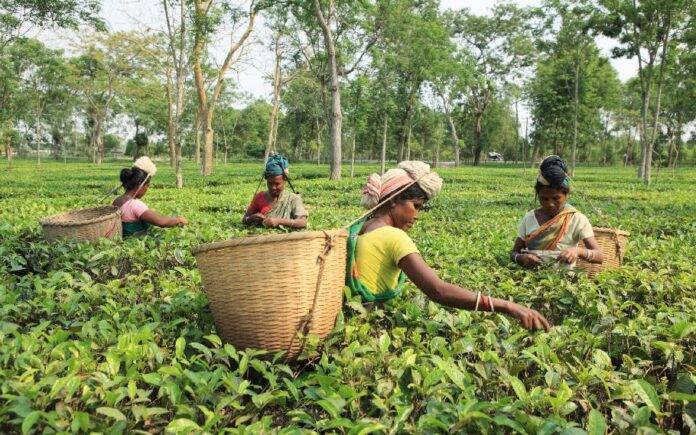 The life of the people who live in the Assam tea garden was altogether a different one, toiling eight hours a day under certain disciplines. So the nature of the job they were engaged in is more important; to understand their life in the plantations. The planters put the immigrants in the confinement of the tea garden labour ‘line’ to avoid any kind of outside influences over them. About a century they were kept aloof completely unknown of the changing situation of the country.

Besides, there are two other groups which have emerged recently. One of them is the outcome of the labour-cut policy of the tea garden management. After seventies the planters rejected excess laborers in the tea garden and began to employ them only during the plucking seasons. These seasonal workers are not other than the name-cut without completing their terms and the children who have attained age of being employed but have to live unemployed due to the negotiation of ‘replacement’ by the management with the Assam Chah Mazdoor Sangh(ACMS).

The other factor of the growth of the Assam tea garden labour is due to the limited land against the growing family with children and grandchildren. The total number of the permanent laborers is around 4 lakhs in more than a thousand plantations while the seasonal workers are four to five times more. These seasonal workers or the phaltoo workers have no right to claim any facilities from the management according to the Tea Plantation Labor Act 1951.

Recently, they are allowed for seasonal deposit of their Provident fund with accommodation, ration in low rate and medical facilities during their working period. Assam tea garden labourers work more than six months a year during the plucking seasons. They live either in their relatives houses in the villages or in the tea gardens in the temporary huts (chali) made of bamboo and thatch attached to the quarters of the permanent workers. The management forbade such attachment in the company’s quarter but never take any action as these people form a reserve labour force to employ during the plucking seasons.

The other group is the emerging educated class who are the professionals in different Government, semi-Government and private departments. Most of them have come from the villages and are from sound economic backgrounds. A very few also found themselves involved in political activities, small contractors and businessmen etc. This fourth group, though small in number, may also be called the educated class and are socio-politically aware and participating in the process of the socio-economic development of the whole community. About 90% from among them are engaged in one or the other social organizations and playing their part for the development of the society.

To understand more clearly about the economic condition of the Assam tea garden workers it is important to know the history and development of their employment at the initial stage. It is well known that the forefathers of the above four economic groups had been brought into Assam to work in the tea plantations since 1840. They were indentured laborers for 5 years and 3 years terms for a century and repatriation of them by their employers was bound by law.

But unfortunately the planters did not take interest to repatriate rather they were intrigued by the planters for new contracts with advance payments. Those who did not enter into new contracts had no idea about how to return. They entered the nearby villages, opened virgin land, and began cultivation. These people were later named as Ex-tea garden laborers by the State Government. The economic condition of these people; if they possess sufficient land, is better than those of the tea laborers depending on their daily wages working in the tea garden.

The economic condition of the Ex-tea garden laborers is equally deplorable. Many of them used to meet their shortage of food by working in the neighboring gardens during the plucking season. Very few could depend on their cultivation. Due to shortage of land a vast number of them become wage earners outside the garden in other industries or enterprises