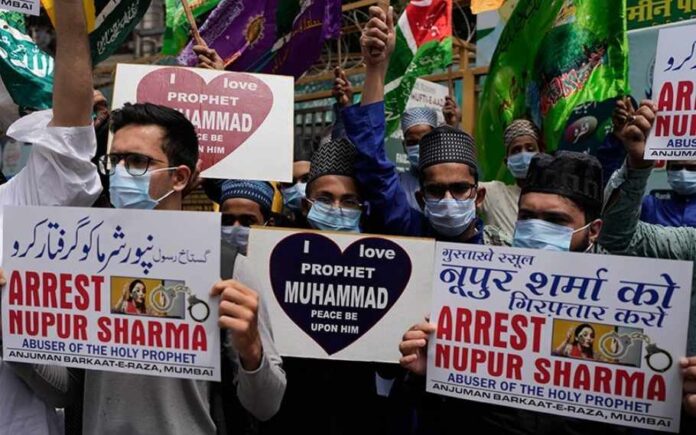 Kuwait has stated it will deport expatriates who participate in protests and demonstrations against the ongoing controversial remark toward Prophet Muhammad by suspended BJP Spokesperson Nupur Sharma.

As per reports from ANI, the decision was made by the country based on the recent violation of laws and regulations of the country by the expatriates.

The report further stated, “The authorities are in the process of arresting expats and referring them to the deportation centre to be deported to their countries.”

The country stated that all people must respect the laws set by them and not take part in any form of demonstrations.

Many Islamic countries raised their voices over the BJP spokesperson’s remarks on Prophet Muhammad. The Indian Embassy said, “Ambassador Sibi George had a meeting in the Foreign Office in which concerns were raised about some offensive tweets by Individuals in India.” The Embassy further stated that the Tweets do not reflect the views of the Indian Government but rather only a fringe element.”