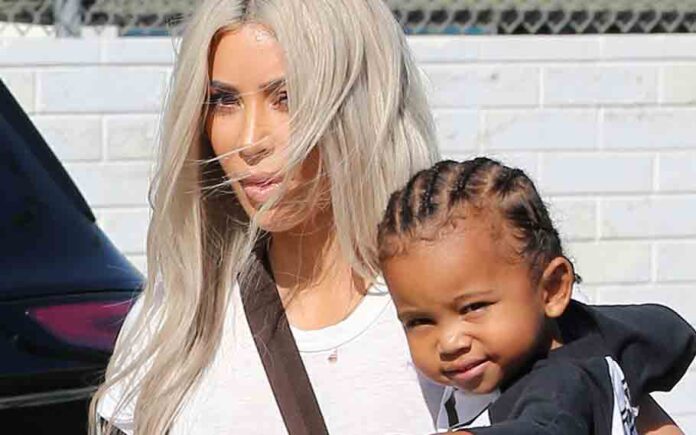 A few hours earlier, Kim Kardashian had gone live on Instagram while exploring New York City in an SUV for the debut of SKKN. It was a proud moment for Kim as she flashed the digital billboards displaying Skkns.

Moreover, Saint West and Psalm West, Kim’s boys, also accompanied her. Kim introduced her sons to the world of Instagram Live but it didn’t go as she would have thought.

And hence, Kim had to switch from the businesswoman to a mother’s role as Saint misbehaved during the live.

Well, you know how kids are. They are naughty and Saint seems like a naughty kid too. So when Kim Kardashian asked both Saint and Psalm to say Hi to people on Instagram, watching them, Saint said, “Hi weirdos.” Well, Kim was not going to take it, she asked him to stop it.

However, Saint didn’t stop there, he added, “If you are watching this, I hate you.” Kim strongly disapproved of his behavior and scolded him saying, “Look what you’re teaching him.” Saint quickly adds, “This is a good boy, this is a good boy,” while pointing at Psalm. The little one, on the other hand, was all smiles for the people watching live and said Hi.