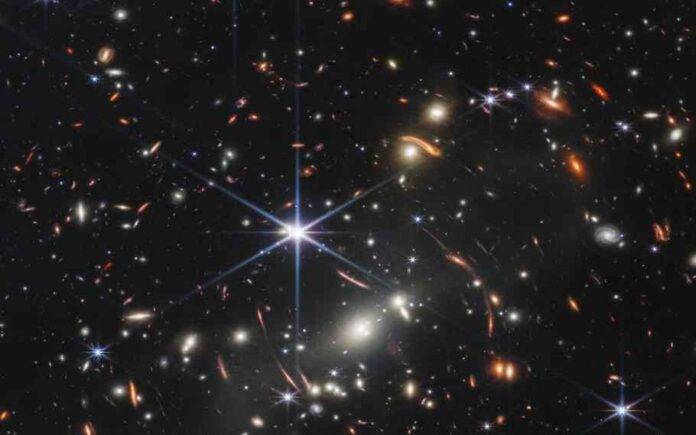 James Webb Space Telescope; For the first time in the history of space science, we got to experience the sharpest images of our Universe. Never before seen pictures of the Universe ranging from seeing inside galaxies to seeing back in time to billions of years nearing the big bang. We got to see the deepest achieving depths at infrared wavelengths beyond the Hubble Space Telescope’s deepest fields.

The breath gasping pictures in unprecedented detail of Stephan’s Quintet to understand how a bunch of interacting galaxies form stars. The jaw-dropping moment of seeing the bending of light from distant galaxies. The credit for all the mesmerizing pictures is made possible by James Webb Space Telescope (JWST).

The JWST is a human engineering marvel as it combines various technologies ranging from state-of-the-art IR sensors to custom-built vibration isolators. The primary mirror and the distinctive sun shields add an absolutely unique design to the telescope. Other features include the cooling system has both active and passive cooling.

The IR instruments of the telescope have to be at about -233K, which is very close to the absolute temperature of -273K where entropy is zero. This temperature is achieved through innovatively designed cryo-coolers. The JWST has a set of six custom minus K vibration isolators to eliminate vibrations that can cause massive blurs in the image. The JWST includes some of the most sophisticated IR sensors like,

The dimension of the telescope is 69.5 ft x 46.5 ft which is about half the size of a 737 plane. And the sun shield is about the size of table tennis. Unlike the Hubble telescope’s orbit around the Earth, the JWST traveled a distance of 15,00,000 km from the Earth to Lagrange Point 2. To maintain this position the telescope has thrusters composed of twenty different engines around the telescope.

The JWST will be the premier observatory of the next decade, serving thousands of astronomers worldwide. It will study every phase in the history of our Universe, to answer different questions like, what did the early Universe look like? When did the first stars and galaxies emerge? How did the first galaxies evolve over time? What can we learn about dark matter and dark energy? How and where do stars form? What determines how many of them form and their individual masses? How do stars die and how does their death impact the surrounding medium? Where and how do planetary systems form and evolve?

With so many questions left to answer, the JWST has a lot on its plate to relook from different spectrum of light and help scientists understand and discover the most remote spaces of the Universe and the possibility of intelligent lives among the galaxies. I remain optimistic for the latter as Carl Sagan quoted “The universe is a pretty big place. If it’s just us, seems like an awful waste of space.”