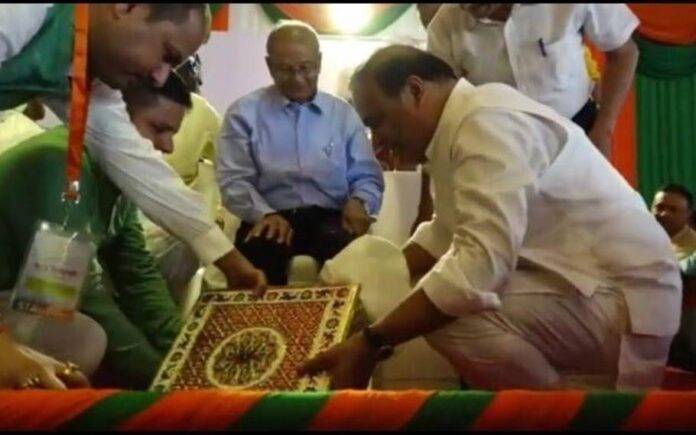 In the video, one can be seen that the Chief Minister could be seen sitting on the floor and washing the feet of a leader and then wiping it with a piece of old cloth. He sought the leader’s blessing by touching his feet.

The Chief Minister wrote on microblogging site Twitter, “Showing respect to the seniors, an ethos of Indian culture, is a cornerstone of our party’s tradition. Honoured to have washed the feet of our respected senior BJP functionaries whose immense contributions helped strengthen our party’s base in the early phase in Assam.”

It is mentioned that the occasion was that of the inauguration of a new party office in Guwahati. Therefore, Union Home Minister Amit Shah and party president JP Nadda reached the state.

Also Read:India Is Not A Constitutional But Civilisational Democracy: Himanta Biswa Sarma