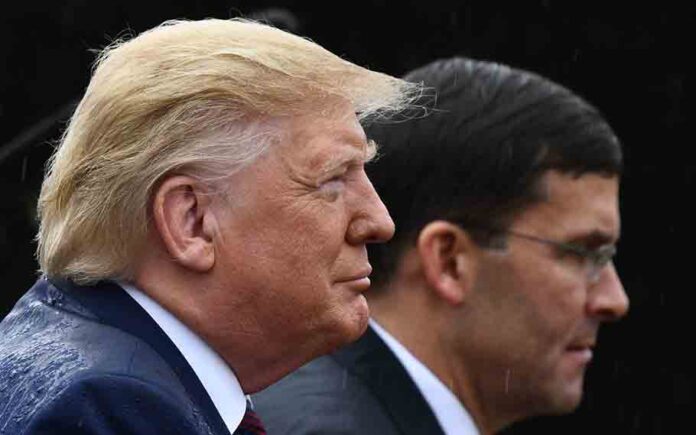 Former Defense Secretary Mark Esper claims in a new book that Donald Trump inquired about the prospect of bombing drug trafficking facilities in Mexico while he was president.

Trump believed the US could pretend it wasn’t responsible for shooting missiles across its southern border, according to excerpts, writes Esper, who led the Pentagon from July 2019 to November 2020.

According to Esper’s book “A Sacred Oath“, “In 2020, Trump reportedly asked twice if the military could “shoot missiles into Mexico to destroy the drug labs.”

The requests left Esper “speechless,” according to the Times.

Trump fired Esper in November 2020, two days after President Joe Biden was declared the winner of the US presidential election.

The relationship between Trump and Esper had been tense for months, ever since the defense secretary publicly rejected using the military to stop anti-racist rallies that erupted across the country that year.

According to allegations based on other parts of Esper’s book, Trump questioned the protesters in June 2020 when addressing the demonstrations: “Can’t you just kill them?”