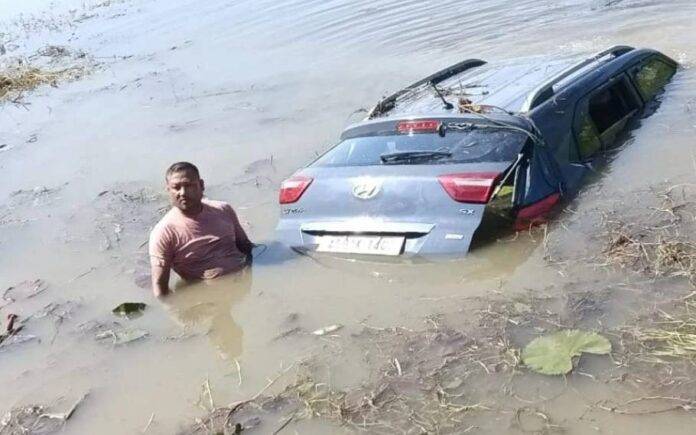 Car plunges into pond in Assam. On Sunday, two youths lost their lives after their vehicle plunged into a pond at Laluk near North Lakhimpur district in Assam.

Car Plunges Into Pond In Assam

The vehicle was travelling at a high speed when the driver lost control resulting in the car falling into the pond. The passenger and the driver could not get out of the vehicle in time.

Sources says, the deceased have been identified as Anarul Islam and Noor Mohammad. They were en route to Tezpur. Locals were able to pull out the vehicle from the pond and recovered the bodies.

Meanwhile, Police reached the scene and sent the bodies for post-mortem. Sad part is three more persons are believed to have been injured in the accident. Further details are awaited.