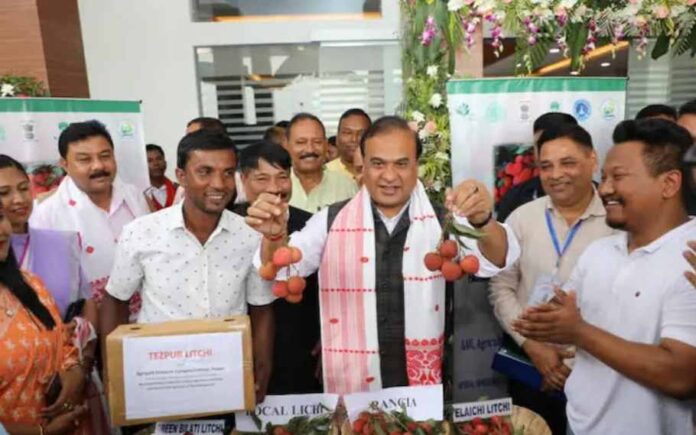 Assam CM, Dr Himanta Biswa Sarma, launched the locally produced litchi of Tezpur, which will be marketed in London. The local produce was launched on Saturday, 11th of June 2022.

These litchis bear the exotic taste and flavor which will now be available in the markets of United Kingdom. The local produce will make its way to the London market by a company named Agnigarh Farmer Producer Company that has its centre in Sonitpur district.

As per reports, the export of the locally produced litchi will help in the betterment of the marginal farmers in the district.

The Chief Minister further added that, “the export of the locally produced litchi fruit will further help the local farmers to make production of Litchi in local farms in the district.”

He tweeted, “Delighted to launch the export of Tezpur Litchi, which has been given geographical indication tag for its excellent quality and pleasant flavour, to London by Agnigarh Farmer producer company through Kiega Exims at Sonitpur district.”