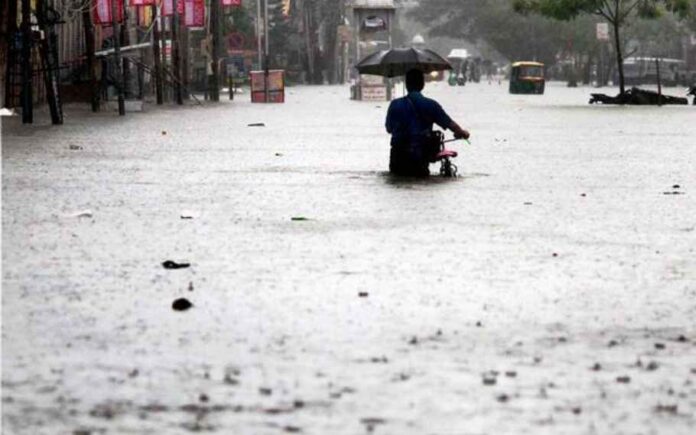 IMD issues warning in Tripura as heavy rainfall likely to continue till June 20th. The state reported 145mm of rainfall on the first day. On Saturday several areas of the bank of river Howrah were flooded as a result of an overflow in the river.

A total of 25 relief camps opened in the state where 25000 people took shelter. Earlier, the incessant rains since Friday morning flooded all the major parts of Agartala city and its peripheral areas.

Chief Minister, Dr Manik Saha visited physically to the flood-affected areas. The education department ordered the closure of schools and other educational institutions to tackle the situation.

NDRF, SDRF and Fire Service teams are on rescue work at different parts of Agartala and in suburban area

Howrah river has already crossed the danger level of 10.5 and is now flowing at a high of 10.85

Chief Minister Dr Manik Saha said, “We are keeping a close eye on the situation. All the people affected by the floods would be financially helped by the disaster management funds. This is nature’s fury and we are powerless before nature but certainly, we shall try our best. Rescue operations are under progress in full swing and all low-lying areas are being vacated”.

On the other hand, Bangladesh’s Sylhet, which is Tripura’s neighbouring area has also been underwater due to heavy rainfall.