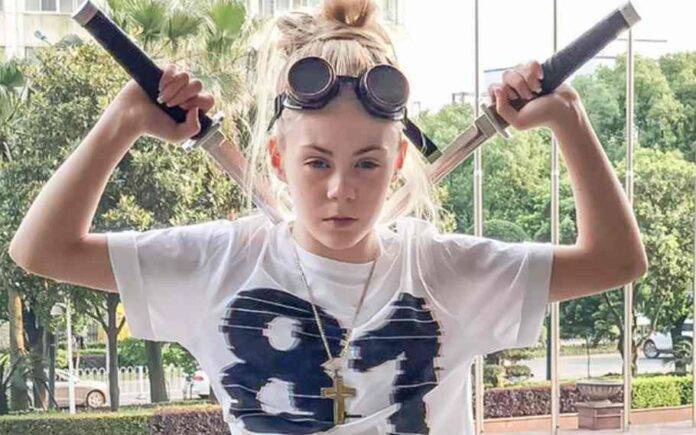 Jesse Jane McParland, a 16-year-old martial artist shows off her incredible skills. An old video of her showing her skills is going viral on microblogging site Twitter. She has earned the nickname JJ Golden Dragon, and she is seen doing a backflip while handling a sword.

Notably, posted on October 21, the video has amassed more than 9.7 million views on microblogging site Twitter. Netizens are impressed with her skills.

Meanwhile, a user commented, “Here’s what I see a young girl who will grow up with confidence and inner strength. And no man will dominate or control her. She won’t settle for anything less than equality and respect.”

Another commented, “It was at this moment during Becky’s approach that the school bully knew he’d made a serious error.” while the third commented, “I’m going to guess she’s a Targaryen. Wonder where she parked her dragon.”

It is mentioned that McParland appeared on Britain’s Got Talent in 2015 at nine and gained the eighth position. She was seen in popular shows like X-Factor and Ellen De Genres.

Jesse Jane McParland waspart of the 2015 movie The Martial Arts Kid. Moreover, she received a message from her idol, Jackie Chan, when she appeared in World’s Got Talent.