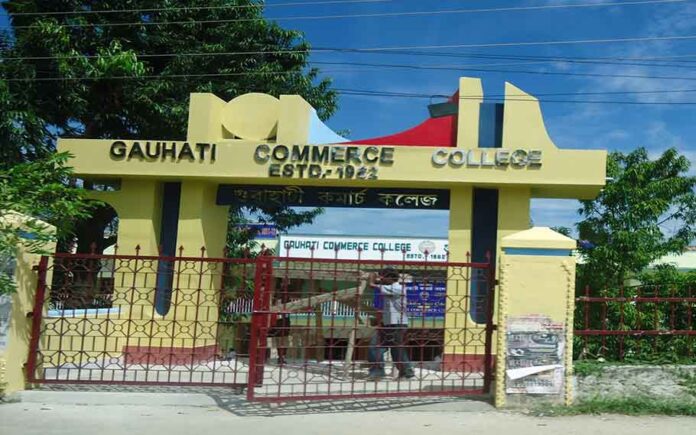 A student of 2nd semester of GCC or Guahati Commerce College has been physically assaulted by a professor named Jugal Kishor Barman. The students accused that the boy has been beaten up without any admissible reason. However, though the students tried to talk to the principal about the incident and report the same to the college administration, an utter negligence has been maintained so far.

According to sources, “A boy of 2nd semester of guahati Commerce College has been beaten by a professor named Jugal kishor Barman.The boy has been beaten without any reason. When the students tried to talk to principal about this incident the principal didn’t pay any heed. Around 60 students went to the chandmari police station and complaint about the incident. The principal of college is threatening that he won’t give us degree if we try to do anything.”

Therefore around 60 students gathered at the chandmari police station and registered a complaint against the accused professor and also the administration. They are hoping for a quick resolution.