Black Hole: A space wonder; A mystery yet to reveal 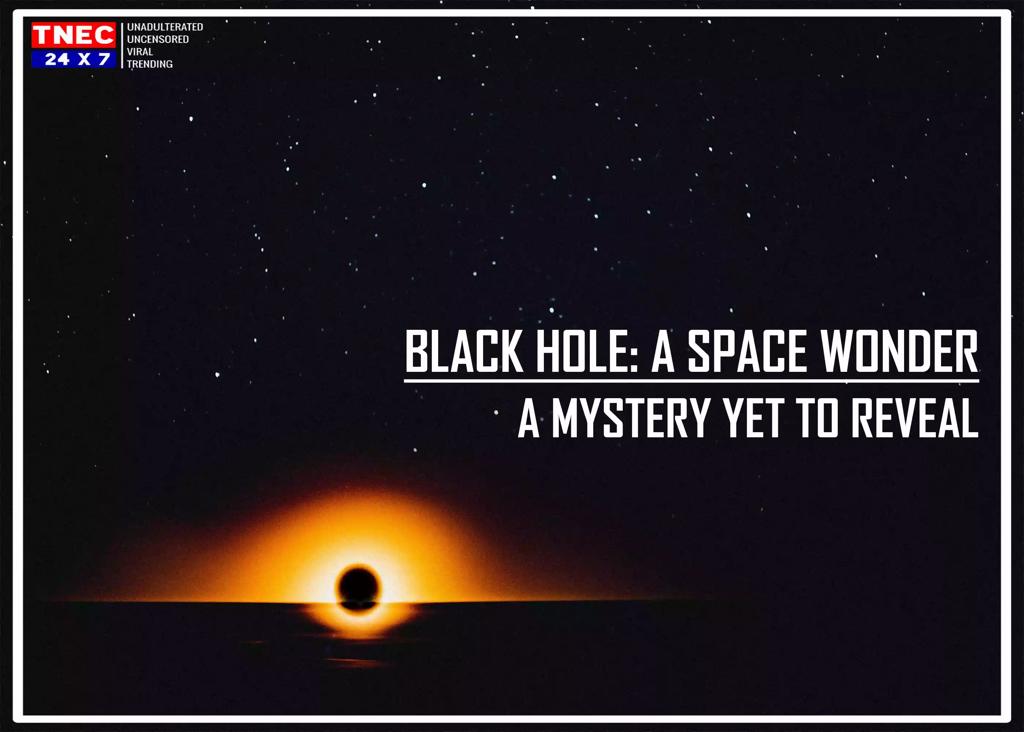 Till now science has proven most of the things which in the past seemed to be unthinkable. But still, no one has proven completely yet that what is a black hole. Although with the help of theories given by Einstein and Hawking it is conceivable to study the matter. So what is a Black hole. A black hole is an area of spacetime where gravity is strong and particles even electromagnetic radiation such as light can escape from it.

The first person to predict black holes was Albert Einstein, who did it in 1916 with his theory named general theory of relativity. Relativity is a basic idea, that an invisible force attracts objects to one another. Gravity is a curving or warping of space. The more massive an object, the more it warps the space around it. For example, two people on a train playing ping-pong. The train is traveling at around 30 m/s north. When the ball is hit back and forth between the two players, the ball appears to the players to move north at a speed of around 2 m/s and then south at the speed of 2 m/s. Another of the theories given by Stephen Hawking states that once a star dies, its entire mass collapses into limitless density or singularity at a single point, leading to the black hole formation.

On 11 February 2016, the LIGO Scientific Collaboration and the Virgo collaboration declared the first direct detection of gravitational waves. As of December 2018, eleven gravitational wave events have been identified that originated from ten integrating black holes. On 10 April 2019, the first direct image of a black hole was published, following observations made by the Event Horizon Telescope (EHT).

In 2021, the nearest known body which is thought to be a black hole is around 1500 light-years away. There is thought to be hundreds of millions, most of which are isolated and do not cause emission of radiation, which only can be detectable by gravitational lensing.

Black Hole was a mystery and still it is. Maybe it can be revealed in the future. Scientists are still working to know more about it. This mystery will be disclosed soon.