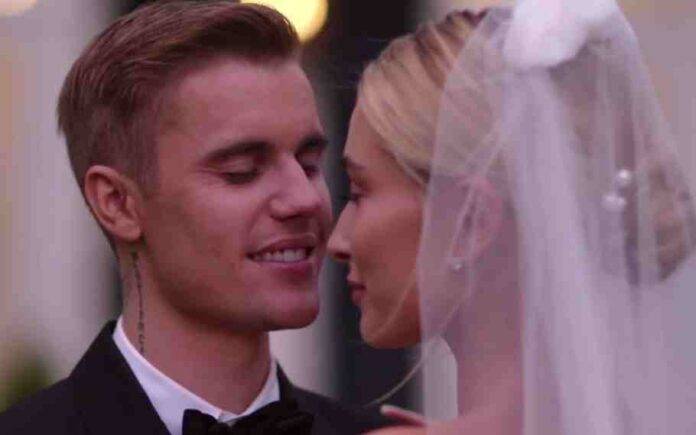 Justin Bieber and Hailey Bieber have been considered as one of the most adorable couples. They had their dream wedding in September 2019 though they secretly married in 2018. The couple dedicated each other social media posts to mark their 4th wedding anniversary.

Justine Bieber And Wife Hailey Wishes Each Other

Justine Bieber with Hailey and captioned it as, “Happy anniversary to my best friend and wifey @haileybieber… thanks for making me better in every way.” The post got love and appreciation from his friends.

Hailey posted a series of pictures with Justine. She wrote, “4 years married to you. The most beautiful human I’ve ever known… love of my life. Thank God for you.”

Hailey spoke about their marriage in a recent interview and said, “I feel like that’s because of the effort that’s been put in on both sides. At the end of the day, like, he’s my best friend, but it still does take a lot of work to make it work.”

In an Instagram post, once he wrote, “I’m going to take a break from touring for the time being. I’m going to be okay, but I need time to rest and get better,” he said. “I’ve been so proud to bring this show and our message of Justice to the world.” The post was later removed by Justine Bieber.

Also Read: Valentine’s Day 2022: Read about the day of love