Rainfall with thunderstorms expected all over Northeast, 2022 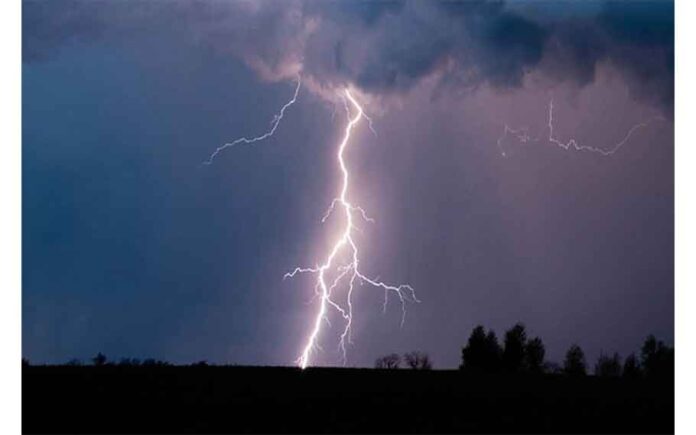 Rainfall with thunderstorms, lightning, and gusty winds is expected over Northeast India from April 24 to 28 according to the Indian Metrological Department (IMD).

Moreover, the weather service further stated that a heatwave will be present in Gujarat for the next 5 days, with heatwaves expected to begin in central and east India on April 25 and in northwest India on April 26.

According to the IMD, significant rain is expected in Arunachal Pradesh from April 24-26, and in Assam and Meghalaya on April 24, 27, and 28.

IMD predicts extensive rainfall in Sub-Himalayan West Bengal and Sikkim during the next five days.

The weather service also stated that thunderstorms, lightning, and gusty winds (of 30-40 kph) are very likely to occur at isolated locations over Assam and Meghalaya over the next 5 days, as well as over Sub-Himalayan West Bengal, Sikkim, Arunachal Pradesh, Nagaland-Manipur-Mizoram-Tripura over the next 2 days.

In the next five days, Chhattisgarh will see scattered rains, thunderstorms, lightning, and gusty gusts (up to 30-40 kph).

On the 25th of April, there is a good chance of heavy rain in south Kerala.

Meanwhile, scattered rainfall with thunderstorms, lightning, and gusty winds (up to 30-40 kph) is expected over Kerala, Karnataka, Tamil Nadu, and Telangana during the next 5 days, as well as over Andhra Pradesh on April 27 and 28.

Scattered showers, thunderstorms, and lightning are extremely likely to occur over the Western Himalayan Region under the influence of the Western Disturbance.

On April 25, dust storms and thunderstorms will hit the Punjab plains and Haryana.

“Under the influence of a new feeble Western Disturbance that is projected to strike the Indian region starting on April 28th, light isolated rainfall is highly possible over the Western Himalayan Region,” according to an official release from the IMD.

According to the International Meteorological Department, a heatwave will linger in isolated areas across Gujarat for the next five days, over Bihar from April 24-26, and over Madhya Maharashtra, Jharkhand, Odisha, and Gangetic West Bengal from April 25-28.

From April 26 to 28, heatwave conditions will be present in Rajasthan, south Uttar Pradesh, Madhya Pradesh, and Vidarbha. On the 27th and 28th of April, Punjab and south Haryana will experience extreme temperatures.