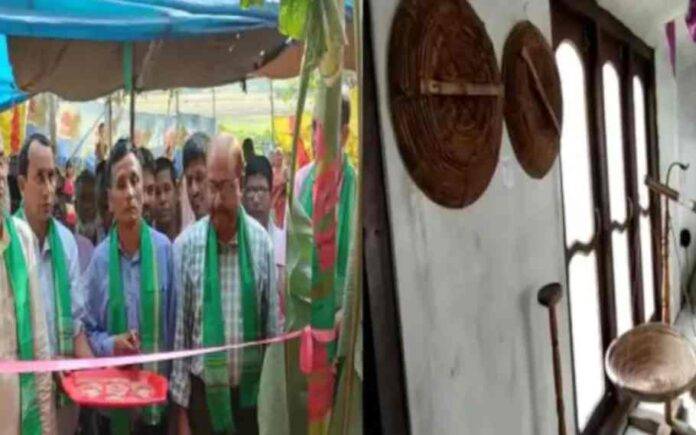 Miya Museum sealed in Assam: The Assam government on October 25 sealed a ‘Miya Museum‘ set up privately by an organisation of Bangladeshi immigrants to display farm tools and other items that it said were exclusive to the community, after Assam Chief Minister Himanta Biswa Sarma said the exhibited articles belonged traditionally to natives of the state.

Remarkably, Miya is a pejorative reference to Bengali-speaking Muslims of East Pakistan/Bangladesh origin settled in the state. Illegal immigration is still considered as a crucial issue in Assam.

It is mentioned that the museum opened on October 23 in Lakhipur in Goalpara district, a four-hour drive from the India-Bangladesh border. However, the district administration shut it down and confiscated the items after the Chief Minister’s statement.

It is reported that the authorities found that it was set up illegally in a house built with funding from the Prime Minister’s rural housing scheme. “How can nangol (plough), seen in the museum, be a property of Miyas? It belongs to the Assamese community. The items used for fishing were also kept at the museum but these are used by our scheduled caste people since ages. Except the lungi, there is nothing new,” Himanta Biswa Sarma stated.

The Chief Minister further added that the museum misinterpreted the cultural identity of the indigenous Muslim community by tweaking the design of their traditional scarf.

In the meanwhile, BJP MLA Prasanta Phukan alleged that the museum was a brainchild of Congress MLA Sherman Ali to divide Assamese society.