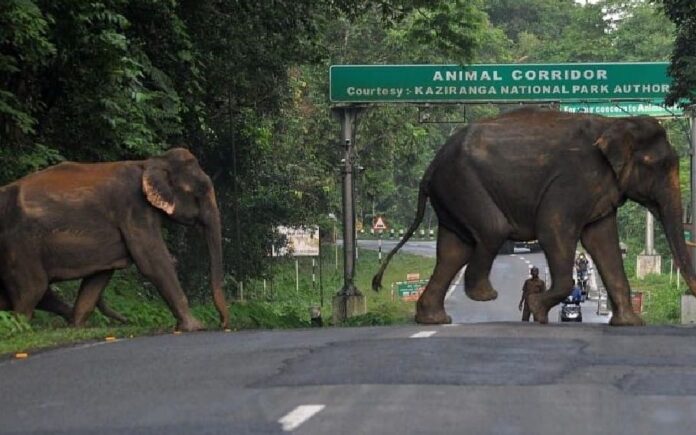 Man and Animal Conflict; Nature and the wilderness provide hope to the wild animals and that is the reason we can live a peaceful life in the cities. The destruction of vegetation cover, encroachment of domain land, poaching of wild animals etc, the disturbances that are being caused by man results in ecological imbalance, and eventually, the wild organisms/animals experience scarcity of required food in their home grounds and in search of the same they appear out of their habitats to the nearby human inhibitions.

As cited earlier, while the animals come out of their natural habitats in search of required food due to shortage of the same in their domain resulting from the shrinking of habitats by human-inhabited around the natural spheres in the following ways, then the man-animal conflicts emerge.

Destruction of vegetation cover: Illicit felling of trees by human beings and trespassing of both men and their pets (cattle) in the forests cause harm to the natural abodes of wild animals which results in the declination of available food for the animals. Wild animals get the impulse to come out to human inhabitants in search of the same.

Reasons for Man and Animal conflict

Over the years Assam has experienced Man and animal Conflict occurring due to the dwindling of forest cover because of the reasons as described in the above paras for which both man and animal conflict have to lose their lives and property. The official data of the Government of Assam as quoted below depicts the gravity of the worst situation of the man-elephant conflict in Assam. The data on the death of wild elephants include the 18 wild elephants who were killed due to electrocution by lightning on the 13/05/2021 night at Kondoli PRF under the Nagaon Division.