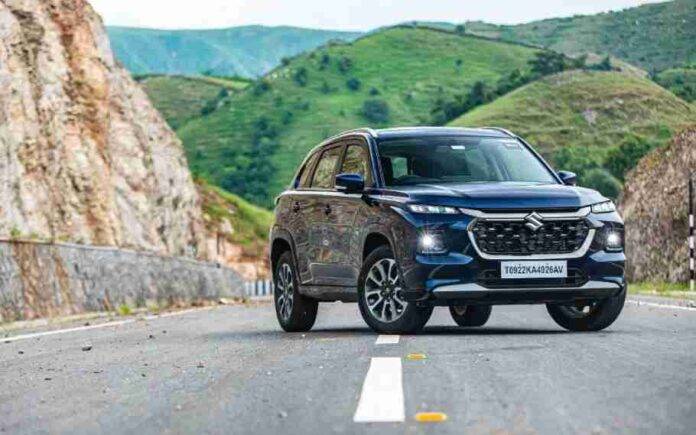 The all new Maruti Suzuki Grand Vitara Hybrid has been launched on September 26. The new launch will be competing with the mid-size hybrid SUVs. The model is also said to be India’s largest carmaker’s flagship SUV which will be sold through the NEXA range of premium dealerships.

The new hybrid model is said to have drawn inspiration from the newly unveiled Toyota Urban Cruiser Hyryder. Till date, it is said to be one of the best looking SUVs of Maruti Suzuki. The SUV has similar dimensions to the rivals and is mid-sized with 17 inch alloys among other prominent features.

Some of the exciting features of the Vitara are – sunroof, HUD, 360 degree parking camera, 9 inch touchscreen infotainment unit and more. Additionally, it also includes 6 airbags, traction control, hill hold assist and more. In terms of the inbuilt quality, the vitara is company’s first-ever strong hybrid product with the usage of Atkinson cycle motor displacing 1.5L and the engine which is paired to an electric motor to develop a combined output of 115 PS. Also, a 105 PS 1.5L NA petrol motor will be available on the lower trims.

The expected price of the hybrid model is somewhat close to Rs. 17 lakh.