Kerala; Case filed against those who forced girls to remove bra at NEET Centre 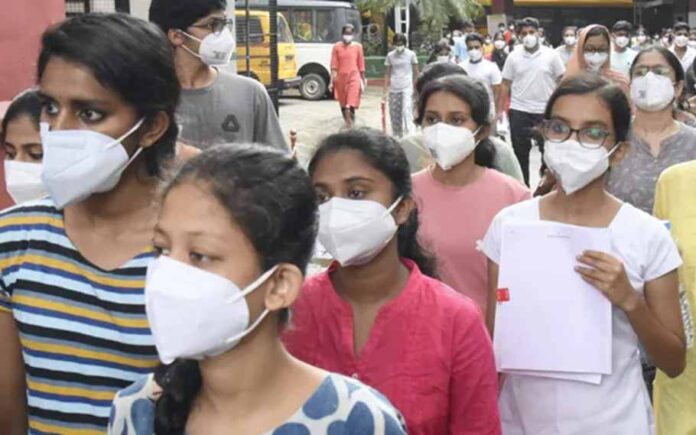 A case has been registered under IPC Sections 354 and 509 on the basis of a complaint of a girl who allegedly faced the humiliation while appearing for NEET exam at Ayur in Kollam District, on Sunday. The exam authorities are in question as they made the girls to remove bra at NEET exam centre.

The statement was recorded and an investigation into the matter was launched. The issue came to light on Monday when the young told her father about the incident. Speaking to the media, the father said that his daughter had to face such a traumatic experience whereby she had to sit for a 3 hour long exam without a bra. The girl also narrated that she was dressed as per the code mentioned in the NEET bulletin.

As of now, the Kerala State Human Rights Commission has also launched an investigation into the incident and a report has been filed within 15 days.

The NEET security check is often a huge challenge for candidates as they are not allowed to carry stationary, wallets, handbags, caps and jewellery.

Also Read : ‘Jiyo Parsi’; an attempt made by the Ministry to restore Parsi population