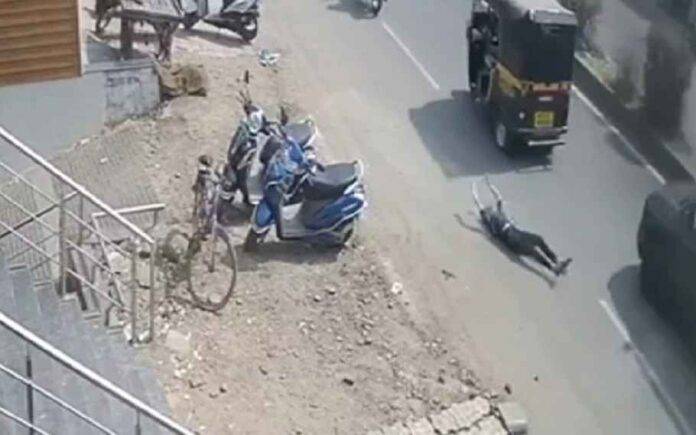 Girl Jumps Out Of Moving Auto: 17-year-old girl suffered a severe head injury after she jumped off a speeding autorickshaw to escape sexual harassment in Aurangabad, Maharashtra. The autorickshaw driver has been arrested under the Protection Of Children from Sexual Offences Act (POCSO).

Girl Jumps Out Of Moving Auto In Maharashtra

The incident took place on November 13. CCTV footage from a shop captured the moment the girl jumped off the autorickshaw on a busy road. A car narrowly missed her, swerving at the last minute.

The girl took the autorickshaw after her tuition classes. The auto driver, named, Syed Akbar Hameed, started asking general questions but gradually made obscene remarks that compelling her to jump off.

The girl is being treated at a local hospital. The auto driver was arrested after the police traced his location with the help of 40 CCTVs at the road.

In this regard, the police said Hameed is a resident of Mumbai. He had moved to Aurangabad four-five months ago and drove a rented autorickshaw.

Also Read:MAN HELD FOR MOLESTING MINOR IN LUMDING, ASSAM; VICTIM MANAGED TO ESCAPE FROM THE SCENE