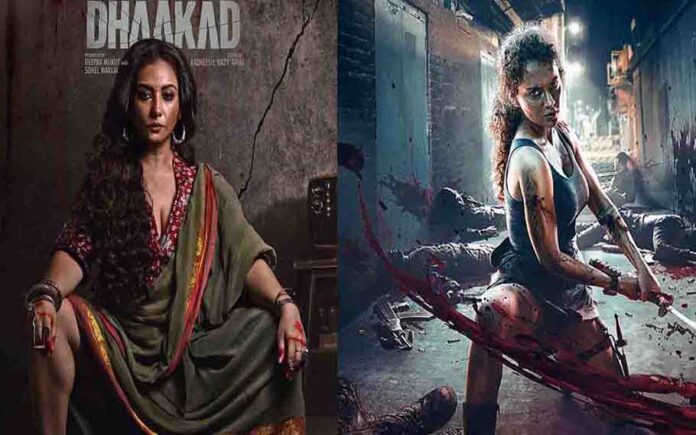 Actor Divya Dutta‘s recent movie Dhaakad is all set to release on Friday, 20th May 2022. Directed by Raznesh Ghai, the movie also stars Kangana Ranaut and Arjun Rampal. Although Kangana takes the limelight as Agent Agni, it is Divya Dutta who has earned quite a lot of appreciation for her excellent performance.

As per Hindustan Times, the actor reveals that she was complimented on multiple occasions and that the movie is her biggest ‘purple patch’ in her career. She said, “After the posters were released the biggest director called and said Is that you? Oh my god! You are unrecognisable. This is something very amazing for an actor to hear.”

When asked about her other Punjabi movie, ‘Maa’ which has released within a span of two weeks, Divya said “I have two films – Dhakaad and Maa, releasing back to back, in two weeks. And, both the films are so different from each other. I think this is just exactly what someone said, a purple patch in my career. It feels nice to be applauded and call you a star actor. When people say things like, We wait for your film, it feels nice.”