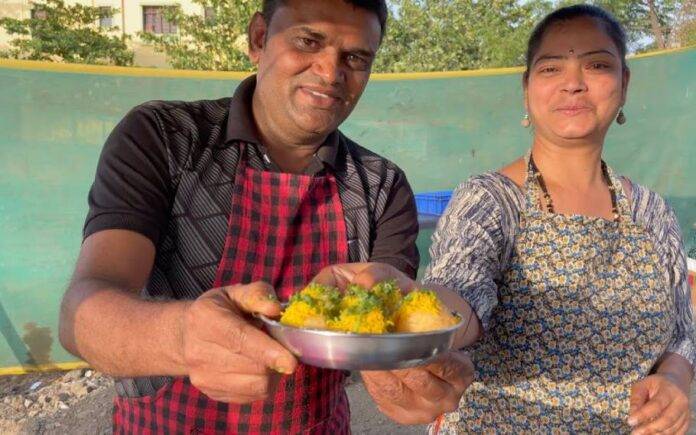 Deaf-mute couple runs a Pani Puri stall in Nashik in Maharashtra. A now-viral video on social media showed a hearing, the speech-impaired couple running a small stall of India’s favourite street food, Pani Puri in Maharashtra’s Nashik. The clip of them selling the snack is winning hearts.

The woman can be seen asking the customer about the spice level using gestures in the video. The stall is set up near Jatra Hotel, Adgaon Naka, Nashik. The couple makes everything at home.

The caption of the post reads, “This will melt your heart and make you smile. A Deaf and mute couple defies disabilities to run a humble little Pani puri stall in Nashik. Everything they serve is homemade by them, even the puris. I really love how they maintain cleanliness while serving the food. This couple are the real influencers that our generation should follow and learn from. Location: Near Jatra Hotel, Adgaon Naka, Nashik.”

Internet is all hearts. Netizens laud the deaf-mute couple. A user commented, “Everyone should visit here and boost their morale! Truly Inspiring.” Another commented, “Feeling blessed after this reel.” A third user commented, “They had something special that many couples lack even when they have everything. God bless them.”

Also Read:EKSHA HANGMA SUBBA: THIS YOUNG LADY FROM SIKKIM IS A COP, A SUPERMODEL AND WHAT NOT!