Hazardous Asteroid with 1.8 km diameter to come close to Earth 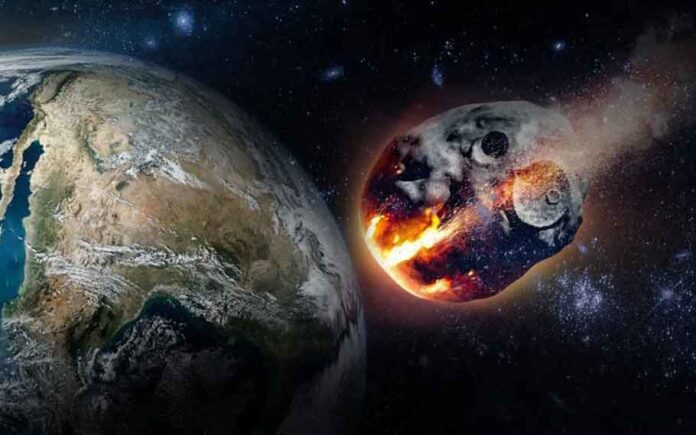 A potentially hazardous asteroid with a diameter of 1.8 kilometers will pass close to Earth. The asteroid’s close approach to Earth is scheduled at the end of this month, with the asteroid speeding through at 47,196 kilometers per hour.

Despite the fact that the asteroid will pass Earth without causing any harm, Nasa has classed it as potentially hazardous.

The object known as 1989 JA was discovered in 1989 at the Palomar Observatory and can be viewed with binoculars as it approaches the planet’s orbit.

The comet will approach the globe at a distance of 40,24,182 kilometers, which is dangerously near for a flyby.

The last time asteroid came close to Earth was in 1996

Moreover, the last time a comet got this close to Earth was in 1996 when it flew by at a distance of little over four million kilometers.

Its next flyby with Earth following the May 29th flyby will be in September 2029, and it is classified as an apollo asteroid because of its year-long orbit around the Sun after crossing Earth. In 2055 and 2062, it will perform two more flybys.

Asteroids are rocky particles leftover from the 4.6 billion-year-old origin of the solar system.

A comet is categorized as a near-Earth object if its distance from our planet is less than 1.3 times the distance between Earth and the Sun (the Earth-Sun distance is about 93 million miles), according to the Nasa Joint Propulsion Laboratory (JPL), which tracks asteroid movement.

Further, a meteor exploded in the skies over Mississippi in April of this year, with witnesses in Arkansas and Louisiana reporting seeing the streaking fireball.

The object dubbed a bolide by experts, traveled southwest at 55,000 miles per hour (88,500 kilometers per hour), breaking up as it dropped deeper into Earth’s atmosphere.

Also Read: PLUTO IS BACK TO LIFE, AS 1 SCIENTIST DISCOVERS ICE VOLCANOES ON SURFACE