The world of Cinema: Indian and Bollywood 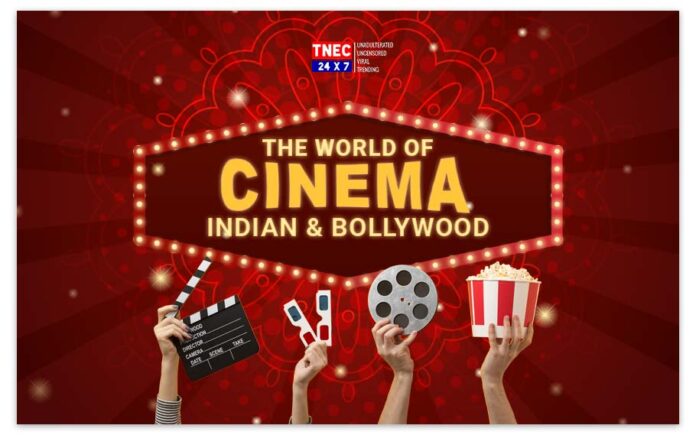 History of Indian Cinema and Bollywood

If we closely see, Indian Cinema is one of the oldest existing cinemas in the world and the largest in terms of output. And it is one of the world’s largest by the number of feature films produced. The history of Indian cinema can be traced back to 1912 when Shree Pundalik, a Marathi silent film was released.

Whereas, on the other hand, the popularly known name ‘Bollywood’ after which netizens go gaga which is also known as Hindi cinema is just a larger part of Indian Cinema and not Indian Cinema as a whole. Allegedly, the name ‘Bollywood’ has come from its former name- ‘Bombay Cinema’. In the year 1930, the empire of Bollywood was set up. It is also said that the ‘B’ in Bombay is what leads to Bollywood.

Differentiation between Indian Cinema and Bollywood

Whereas, on the other hand, Bollywood is all about Hindi movies that involve renowned casts, a big fat budget, formulaic story lines which have ‘masaledaar drama’, and expertly choreographed fight scenes. Bollywood movies also have spectacular dance and song routines with extra emotional melodrama.

The primary language used in Bollywood movies is Hindi. However, Indian cinema delivers its product and showcases the diverse and vernacular languages such as; Hindi, Tamil, Telugu, Malayalam, Bhojpuri, Bengali, Assamese, etc. and the list is very long.

Indian Cinema as a platform for young artists

Ever since its inception, Indian Cinema has continued to produce some gems and made way for many theatre artists. These movies in Indian Cinema have acted as a platform for numerous up-and-coming artists, who through their extraordinary performances, have transformed themselves into renowned stars. However, it is said that the viewer’s count of Indian Cinema is far inferior compared to Bollywood.

Advent of Songs and Dance

Since the advent of sound, Indian Cinema has made song and dance key features of its on-screen ecumene. In the era of 1930 in its beginning, it had features such as; Alam Ara (1931), India’s first motion-picture film, the utilization of music, song, and dance, was established as ‘the mainstay’ of Indian cinema.

In the first scene of 2009’s “Wanted,” hero Salman Khan beats the crap out of a warehouse full of men and then goes on to lip-sync a song about what a badass he’s, with dozens of backup dancers. This, as odd as it might seem, is normal in Indian Cinema, especially in Bollywood.

When we talk about Bollywood, we go through a vast picturization of songs, dances, and storylines framed to offer spice to the audience with the mixture of comedy, drama, romance, action, etc. This, in one way, is one of the factors that differentiate Indian Cinema from others. However, the diversity of screenplay, execution, and plot that Indian cinema possess is remarkably strong.

Talking about cinema, one can not explain how important of a role that good filmmakers play. Someone who requires to be in charge of making, leading, and developing every aspect of the movie.

Not just that, the individual needs to use their leadership as well as creative thinking skills to lead and direct such major motion pictures or made-for-television films.

Well, in India, Satyajit Ray is regarded as one of the most prominent filmmakers, not just in Indian filmmaking history, but many consider Ray as one of the greatest filmmakers of all time within the world of cinema. He has single-handedly set the bar very high for the others to follow.

He moved the platform of Indian cinema to a new level by introducing Apu’s trilogy that consisted of movies like ‘Pather Panchali’, ‘Aparajito’ and ‘Apur Sansar’ which is one of the most remarkable products of Indian cinema. Ray became the primary Indian to receive an Honorary Academy Award in 1992. His endless list of achievements is there for everyone to see.

With time both Indian Cinema and Bollywood have evolved offering wider spheres of entertainment to their audience. So, we decided to give you our pick of Five Indian cinema movies that are a must-watch in your lifetime. The list includes ‘Tumbbad‘, ‘Pather Panchali‘, ‘Aamis‘, ‘Kothanodi‘ and ‘Salaam Bombay‘. Moving towards the mainstream Bollywood movies, our pick of Five Bollywood movies you must watch include ‘The Lunchbox’, ‘Queen’, ‘Monsoon Wedding’, ‘Article 15‘ and ‘Sir’.