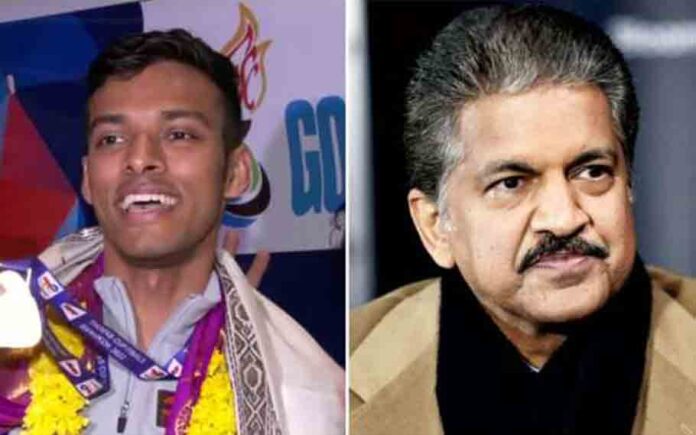 For the first time in history, the Indian men’s badminton team overcame Indonesia against all odds to win the Thomas Cup 2022.

Chirag Shetty and Satwiksairaj Rankireddy, one of the key members of India’s historic victory, were outstanding throughout the event, winning the first-ever gold medal for an Indian team.

Messages of congratulations continued to stream in from all places following the historic achievement, but Anand Mahindra’s stood out.

The Mahindra Group‘s chairman took to Twitter to congratulate the Indian team on their victory.

He wrote, “This is the dawn of an era of Indian ascendancy in this sport; a sport that’s always been loved & played throughout our country. I grew up reading about the Thomas Cup & titans like Indonesia’s Rudy Hartono who dominated it. Today we swept Indonesia away… Apna Time Aa Gaya.”

Chirag Shetty replied to Mahindra’s tweet by thanking him for his good wishes and inquired about a Mahindra XUV700 he had booked.

“Thank You, Sir! I’ve booked an XUV700 recently hope I can get it soon!” wrote the 23-year-old shuttler.

Meanwhile, Anand Mahindra responded to Shetty’s tweet with a promise of speedy delivery, while also adding that Mahindra Group Chairman Anand Mahindra had ordered an XUV700 for his wife and is still waiting for it to arrive!

While it may come as a surprise that the chairman is waiting for a car from his company, Mahindra noted that global supply chain issues are affecting all automakers these days.

“Since that makes the XUV7OO the Choice Of Champions we will have to work extra hard to get it to you ASAP. @vijaynakra I hope you see this! (By the way, I’ve ordered one for my wife & I’m still in Q! ) Sadly, the global supply chain disruptions are plaguing all car companies),” wrote Anand Mahindra in response to Chirag Shetty’s query.

Chirag had previously responded to Air India’s congratulations tweet following India’s victory in the Thomas Cup by humorously wishing that the Indian team would get a charter plane back home after their victory.