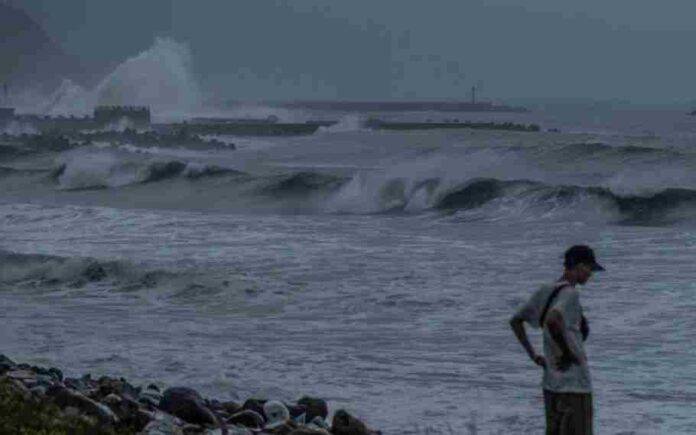 Super Typhoon Hinnamnor had left at least two people dead and caused widespread damage in South Korea. The super typhoon had hit the southern city of Geoje at 4:50 am local time and moved off the coast near Ulsan just a few hours later.

The visuals show the typhoon moving through the country’s eastern sea and making a landfall in eastern Russia.

According to Yonhap, atleast two people have been reported to be dead and at least eight still missing.

Super storm Hinnamnor showed signs of weakening on Tuesday afternoon, with 138 per hour wind speed with gusts 104 mph. The impact was so powerful it was even felt in parts of Japan.

Till now, 3,500 people have been evacuated along the South Korea’s southern coast while 66,000 homes nationwide suffered power outrages. Till now, 18,000 homes have their electricity restored by the Korea Electric Power Corp. As soon as the storm passes, the businessed in South Korea to began to return to normalcy. Many flight operations have also been halted due to the storm.

Till now, many airline services, port operations and schools in Asia have been disrupted due to Hinnamnor.