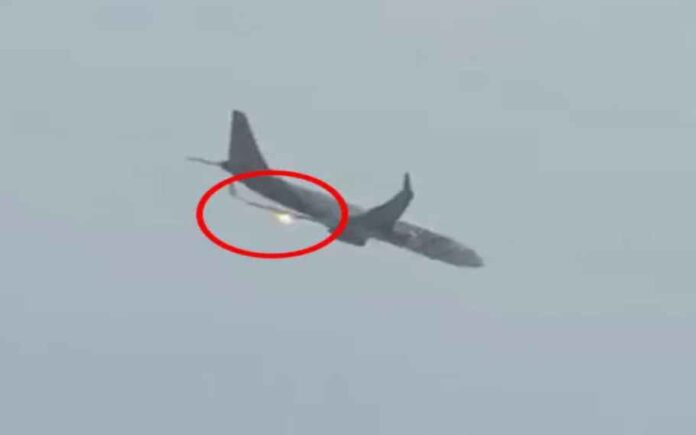 As per reports from the officials, all the passengers were evacuated safely and no injuries were reported.

Reports from NDTV reveal that ‘the pilots suspected that there was a bird hit during the take off. However, the aircraft continued to climb out since they did not observe any abnormality.’

further, as the cabin crew noticed sparks coming out of the left engine, they alerted the Pilot. Soon after, the pilots made an emergency landing.

According to one of the spokesperson from flight service said, “Cockpit crew of Patna-Delhi Spicejet Flight after take off during rotation suspected bird hit on engine no 1. As a precautionary measure, the flight captain shut down the affected engine and returned to Patna. Post-flight inspection shows bird hit with three fan blades damaged.”

The officials further stated that the reason behind what caused the fire is a matter of investigation.