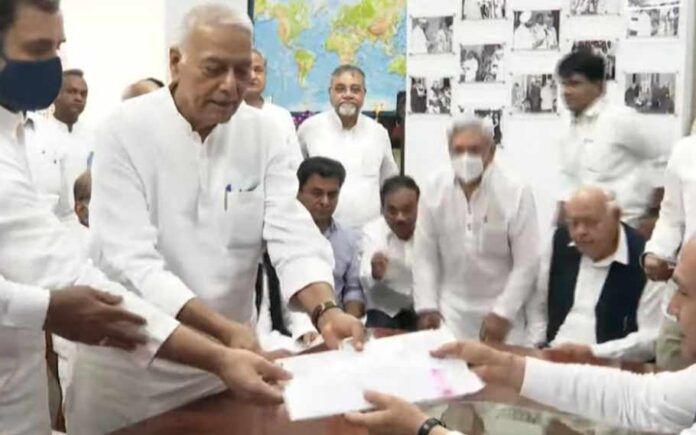 Yashwant Sinha filed his nomination on Monday, for opposition presidential candidate. The nomination has been filed for the upcoming election in July 18.

As per reports, Sinha handed over the nomination papers to the Secretary General of Rajya Sabha PC Mody.

The reports further revealed that many top leaders from the opposition including Sharad Pawar, Rahul Gandhi, Jairam Ramesh, Akhilesh Yadav and others were also present at the time of filing his nomination.

Sinha was declared the Presidential candidate from the opposition, last week. Sharad Pawar, Farooq Abdullah and the former Governor of West Bengal Gopalkrishna Gandhi had earlier declined to be nominees of the opposition parties.

The election is to held on July 18 so as to elect a successor for the Ram Nath Kovind as his term will end on the 24th July 2022.