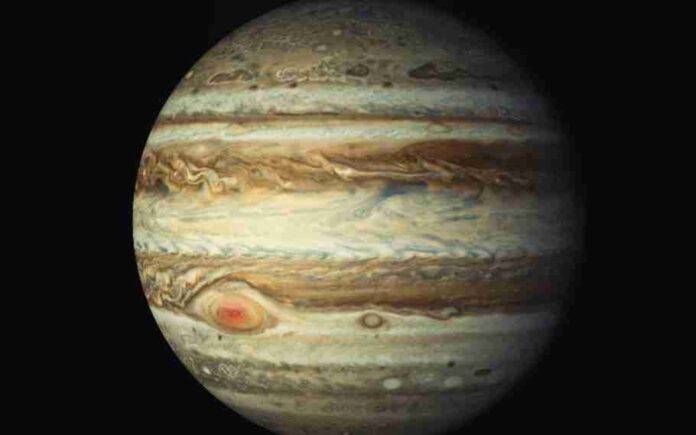 NASA made an announcement, informing all stargazers can expect excellent views of Jupiter the entire night of the 26th of September.

The largest planet in the solar system will make its closest approach to Earth after almost six decades – since 1963!

According to an official statement from NASA, “from the viewpoint of Earth’s surface, opposition happens when an astronomical object rises in the east as the Sun sets in the west, placing the object and the Sun on opposite sides of Earth.”

The agency tweeted, “Stargazers: Jupiter will make its closest approach to Earth in 59 years! Weather-permitting, expect excellent views on Sept. 26. A good pair of binoculars should be enough to catch some details; you’ll need a large telescope to see the Great Red Spot.”

Every 13 months, Jupiter appears larger and brighter. But this time, the planet will make its closest approach to Earth after six decades. This is happening because Earth and Jupiter do not orbit the Sun in perfect circles – meaning the planets will pass each other at different distances throughout the year.