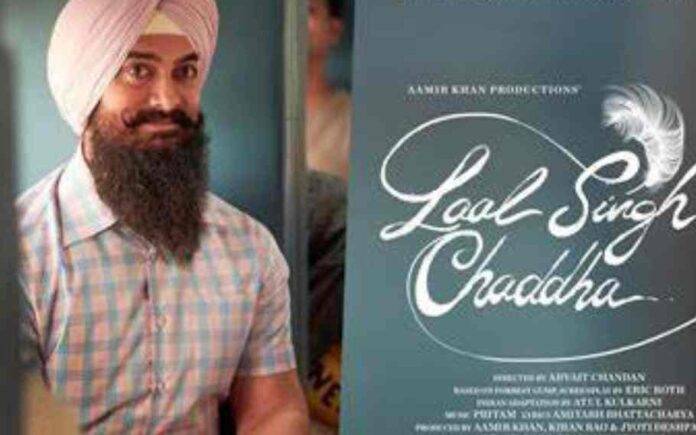 Considering that America’s culture and political climate are integral to the film’s story, the makers Advait Chandan and Atul Kulkarni have replaced them with events and the context of India’s modern history to set the story. So without much delay let’s get straight into the likes and dislikes concepts of the movie.

The film jointly with composer Pritam Chakraborty has done a spectacular job with the music be it ‘Main ki karaan’ that matches the innocence of both characters and is beautifully sung by Sonu Nigam, the same can be said about ‘Kahani’ which is also the overall background theme of the movie and ‘Tur Kalleyan’ that portrays Laal’s journey on foot.

Some scenes were amplified by Satijit Pandey’s cinematography, capturing every corner of India, the visuals are a sight of the beauty that looks great on the big screen. The war scenes were well directed and the VFX team also did a commendable job.

The makers gave their efforts to revolve the story with India’s recent history. Laal’s character grows with every event such as the unrest that prevailed post assassination of Indira Gandhi and its impact on the protagonist, the Kargil War to Anna Hazare’s hunger strike.

This was the most curious element of the movie considering how well they fit the story into India’s timeline, as we saw in the original Forrest Gump revolves around America’s timeline and History. However, the makers didn’t disappoint the audience and did applaudable work.

• Acting of Kareena and Aamir in the film, Laal Singh Chaddha

Considering them as big stars of Bollywood audience expects good performance from the veterans, Kareena did a commendable job with her role and character. The character arc given to it was not there in the original ‘Jenny’s’ character. The story did not focus only on getting on drugs, instead, the character is hooked on the dark side of Bollywood and dreams to become rich and making fame.

While Aamir Khan’s acting is the complete opposite of it, he looks over caricature and cartoonish. His big-eyed smile and stammering voice did not go well. This was what the audience already saw in PK and Dhoom 3. His acting is the disappointing factor here, especially to those who have been fans of the original Forrest Gump.

• Other underwhelming aspects of the movie

Needless, to say the movie is a representation of Forrest Gump, some dialogues and screenplays are exact as original just translating those English words to Punjabi. In the original, Lieutenant Dan (Gary Sinise) believes it is his destiny to die on the battleground with honor.

Here, Dan is replaced with a terrorist, Mohammed, whom Laal ends up saving in the chaos of war. This was an unnecessary plot giving socio-political points rather than representing the character, which did not fit into the story. These are the areas where the film fails in its attempt to show and take us on a beautiful journey.

‘Laal Singh Chaddha’ is a one-time watch movie and fails to deliver the spark of Forrest Gump, an all-time classic.

Also read : 6 Sustainable Vegan Silks that do not harm any insect larva