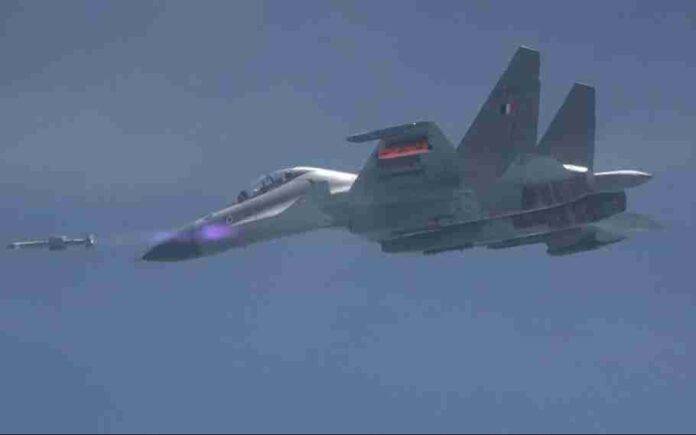 The Indian Air Force or IAF team releases a video, showcasing an Astra Mk-II beyond visual range air-to-air missile which was launched from a Su-30 MKI fighter.

As per reports, the development comes a few days after the IAF commissioned the Light Combat Helicopter Prachand. This was part of the Atmanirbhar Bharat campaign. The main aim of the campaign is to bolster indigenous defence manufacturing and boosts self-reliance.

This is the second time that such a video has been released by the IAF. The Indian Air Force team is boosting its firepower in response to the rising Chinese Challenge. The IAF is not relying on cutting-edge missiles from other countries but on developing its lethal air-to-air missiles.

Astra MK2 is said to be a next generation air-to-air missile which uses a dual-pulse motor to strike at a distance of more than 160 km.