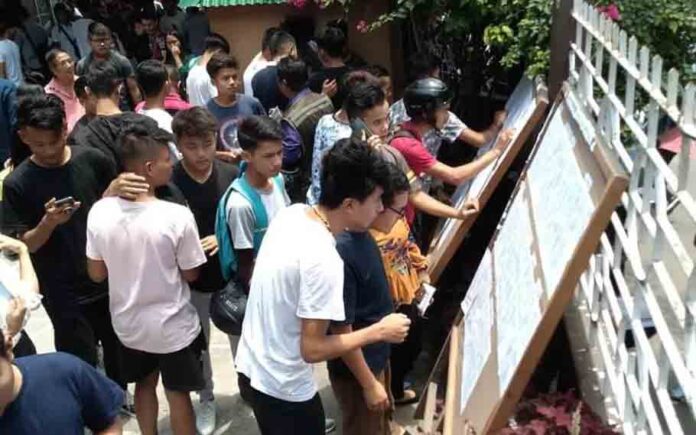 In comparison to the previous year, when exams were postponed due to the COVID-19 outbreak, the pass rate of the HS results has decreased for which results were released on Monday, by the Assam Higher Secondary Education Council (AHSEC).

In the Arts stream, the pass percentage dropped by more than 15% this year compared to 2021, while in the Commerce and Science streams, it dropped by roughly 12% and 8%, respectively.

According to the HS results released by AHSEC, of the 1,56,107 students who attempted the class 12 exam in the Arts stream only 83.48 percent passed.

HS Results 2022 Assam; Exams were held in no stream under AHSEC

Due to the pandemic, the higher secondary examination was held in no stream under the AHSEC, and evaluation was based on a marking formula, which resulted in a fall in the pass percentage from 98.93 to 2021.

Sadhana Devi of Kamrupa Girls’ Senior Secondary School in Kamrup and Cherry Gohain of Women’s College in Tinsukia tied for first place in the arts stream. Out of a possible 500 points, each received 487.

Out of the 15,199 students who took the exam this year, the Commerce stream scored a pass percentage of 87.27 percent, with the overall success rate declining from 99.57 percent in 2021. Moreover, 33,534 students from the Science stream appeared for the exam, and the pass rate was 92.19 percent, down from 99.06 percent the year before.

However, Chief Minister Himanta Biswa Sarma congratulated the successful students and urged those who could not perform well to strive for a better result next time.