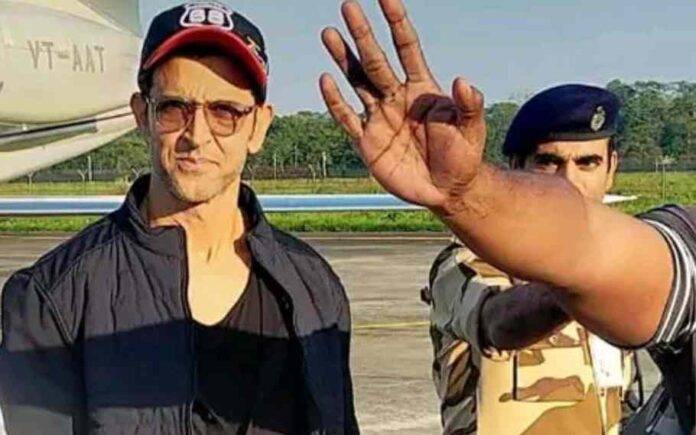 Hrithik Roshan is in Tezpur, Assam to shoot for his upcoming action thriller, Fighter. The actor is currently staying at a resort in Tezpur. The actor along with the director Siddarth Anand landed in Assam on November 14.

Hrithik Roshan Is In Tezpur

It is noted that Marflix Productions has shared a picture of Roshan and the director Siddarth Anand on its Instagram handle with the caption, ”And it begins… #FIGHTER.”

The film also features Deepika Padukone and Anil Kapoor among others. Fighter will hit the theatres on January 25, 2024. It is mentioned that the director has planned a 10-day itinerary through North East.

As per the reports, the leading man will soon be joined by co-stars Deepika Padukone and Anil Kapoor at the Salonibari Air Force Station in Tezpur which has been chosen as the site of the shoot.

Roshan and Deepika Padukone will be depicted as Indian Air Force Pilots. Anil Kapoor will be seen playing the role of a mentor in Fighter.