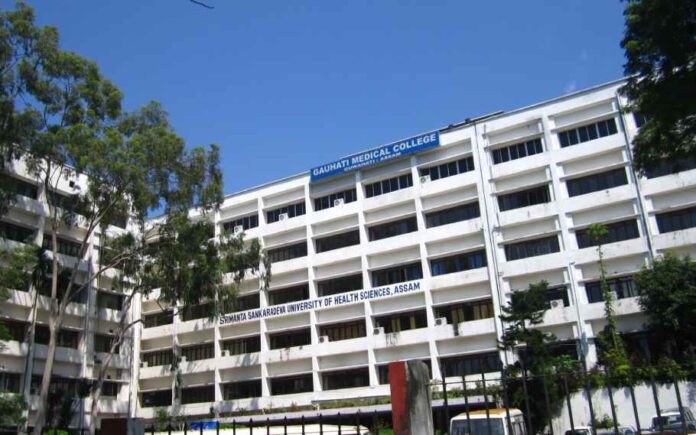 GMC Super Speciality Hospital : On June 19th, 2022, businessman Jay Nag exclusively reported to The North-Eastern Chronicle that he and his wife, Bijaylaxmi Nag, along with another person, were locked inside an elevator at Guwahati Medical College Super Speciality Hospital for more than 1 hour and 25 minutes. The tragic incident occurred at 12:10 p.m., when the lift became stuck between the 2nd and 3rd floors.

He went on to say, “We pressed the emergency button for more than 30 minutes without getting a response. Our screams were only heard after 45 minutes. A power outage occurred shortly after 50 minutes, and the lights were turned off. The authorities claimed that they had delivered oxygen from the cylinder through a hose to us, as we were suffocating. But it was of no help as we were still feeling suffocated, though. Surprisingly, the GMC Super Speciality hospital has three lifts, yet there isn’t a single lift man to be found.”

In the lift, the stranger informed them that he had been in the GMC Super Speciality hospital for the previous month to attend to a patient. He had been aware of the lift’s problems and had complained to the authorities, but to no avail.

•The emergency alarms that the passengers trapped in the lift were ringing went unanswered. If emergency alarms are provided, the authorities are required to respond to them.
•There are three lifts in total, but there isn’t a single liftman available. And if the authorities were aware that their lifts were malfunctioning, they should have had them repaired. It should be looked after by the hospital’s maintenance staff.
•Jay also mentioned that there was no network in the lift. As a result, they were unable to contact others for help.

The Nags went there for the first time to pay a visit to a patient, and this was their first impression. Jay appeals to the authorities to take care of the hospital’s services and upkeep. Because such instances might result in serious, life-threatening circumstances, it is important to report them.