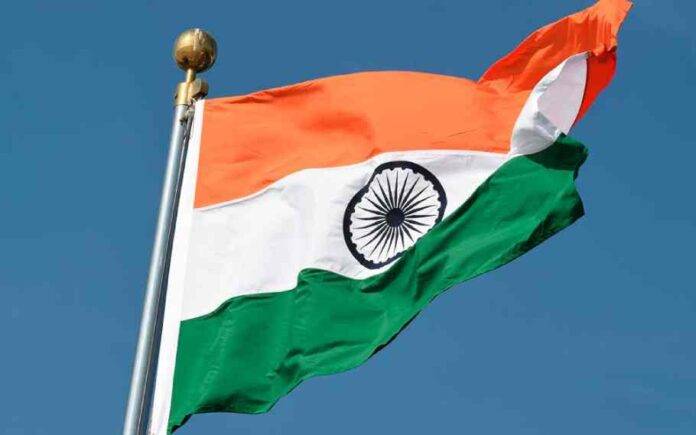 National flag hoisted on Independence day but unfurled on Republic Day. The Hoisting and unfurling of the National Flag have different symbolic meanings. But before that let us have a sneak peak into the history.

Our national flag is a result of the blood and sweat struggles of our freedom fighters. The Indian National Congress under the leadership of Mohandas K. Gandhi thought of several ideas to prepare a distinctive symbol that could represent the nationalist objectives.

Creation of our National Flag

It was in 1921, when a university lecturer named Pingali (or Pinglay) Venkayya presented a flag design to Gandhi that consisted of the colours associated with the two principal religions, red for the Hindus and green for the Muslims. To the centre of the horizontally divided flag, Lala Hans Raj Sondhi suggested the addition of the traditional spinning wheel, which was associated with Gandhi’s crusade to make Indians self-reliant by fabricating their own clothing from local fibres.

Later, Gandhi modified the flag by adding a white stripe in the centre for the other religious communities in India. The flag provided a clearly visible background for the spinning wheel.

During the peaceful protests against British rule, in May, 1923 at Nagpur, the flag was carried by thousands of people. It is noteworthy that hundreds of hundreds of them were arrested for going against the British rulers. The Congress flag came to be associated with nationhood for India, and it was officially recognized at the annual meeting of the party in August 1931. At the same time, the current arrangement of stripes and the use of deep saffron instead of red were approved.

Hereafter, new features were added with the saffron, white, and green stripes. This was done in order to avoid the sectarian associations of the original proposal.

On July 22, 1947, the Indian national flag was officially hoisted. Its stripes remained the same saffron-white-green, but the spinning wheel was replaced by a blue chakra, the Dharma Chakra which was associated with the emperor Ashoka.

But do you know the reason why the Tricolour is hoisted on Independence Day but unfurled on Republic Day?

There stands a whole story about the same.

Well, this is because on Independence Day, the flag is tied to the bottom of the flagpole and is ‘hoisted’ to the top. This is to mark India’s rise as an independent country and the end of British rule. However, on Republic Day the flag remains closed and tied up at the top of the pole, as it indicates an open era for the country to spread its wings as a Republic.

The flag on Independence Day signifies the rise of a new nation, free from colonial domination. On the other hand, the Republic Day is that time of the year when our country adopted the Constitution.

Why does the Prime Minister hoist the national flag on Independence Day but the President unfurls it on Republic Day?

Previously, on January 26, 1950, the Prime Minister used to be the head of state. So we all know that Pandit Jawaharlal Nehru was the first Prime Minister of our nation. And being the designated person he sent the Tricolour up the flagpole on Independence Day.

However, India’s first President, Dr. Rajendra Prasad only took office the day the Constitution came into effect and unfurled the national flag for the first time in 1950.

Despite having citizens with diversified ideologies and religion, the Tricolour of our country binds us all together. Our pride, the National Flag, is a symbol of unity, freedom, honor, and pride.

What does each of the colours in our National Flag symbolize?

The color saffron symbolizes the sacrifice of our soldiers during the Indian Freedom Movement. The color green symbolizes the agricultural background of India. And the white color symbolizes the path of truth. The navy blue chakra known as ‘Dharma Chakra’, represents the 24 hours of the day. All together, the National Flag of India symbolizes sovereignty.