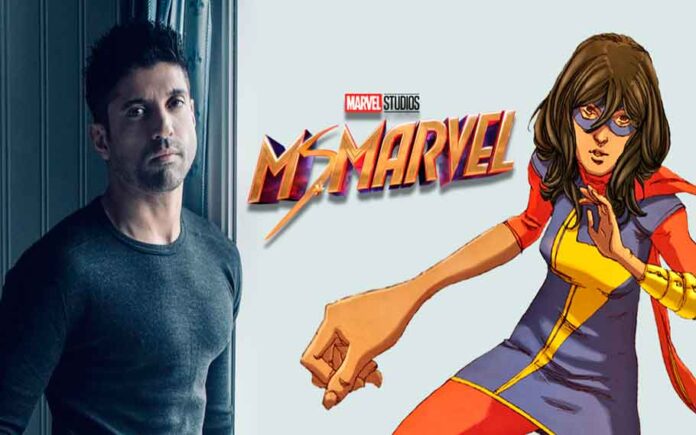 Bollywood actor-filmmaker, Farhan Akhtar will soon be appearing in the upcoming web series Ms Marvel. After months of rumours and speculation, the news has finally been confirmed by his wife, Shibani Dandekar in form of an appreciation post for her husband.

The Bollywood actor, filmmaker and singer will soon be a part of the web series that will be aired on Disney Plus. Although his participation has been said to be a ‘guest-starring role’, other details of the character are yet to be revealed.
The series is set to premiere on the 8th of June.

Apart from Farhan, Marvel will also introduce Iman Vellani as Kamala Khan who will play the character of a Muslim American teenager growing up in Jersey City.