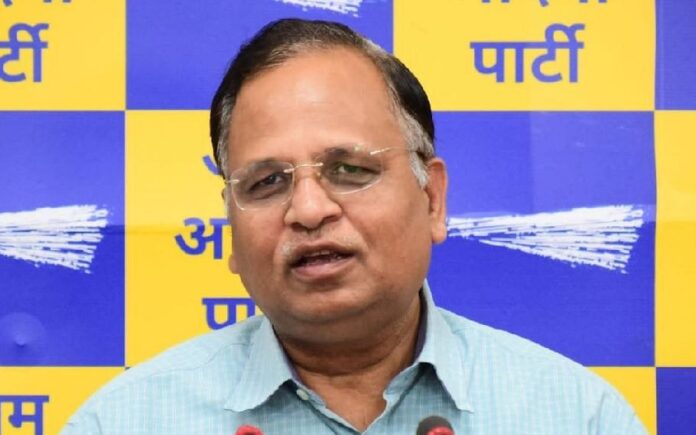 The Directorate of Enforcement (ED) stated on 9th June 2022 that they had extended Satyendra Jain’s custody till 13th June 2022.

The Delhi Minister who was taken into custody by the Enforcement Directorate on 30th May was produced before Rouse Avenue District Court, today. The minister has been alleged to have been involved in a money laundering case.

A raid was conducted by the ED on the 7th of June 2022 that ultimately led to the seizure of various incriminating documents and records.

As per reports, ‘The ED said that the total movable assets were seized from an unexplained source and were found to be secreted in the raided premises.”

The reports state that the seized assets were in the name of his wife Poonam Jain, and his two daughters.

Also Read : How Health Minister of Delhi laundered Crores to his wife and daughter