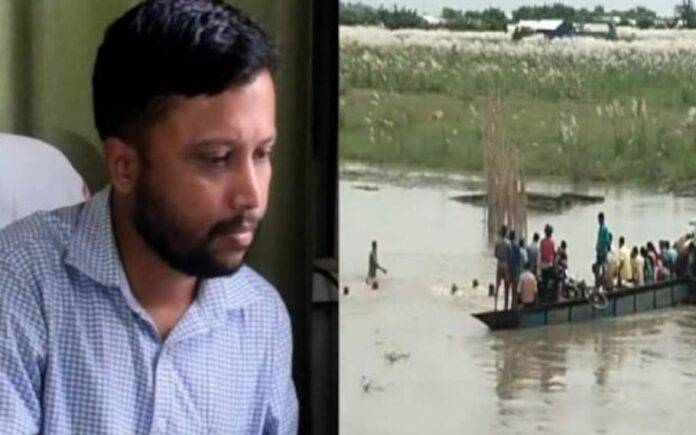 Dhubri boat capsize took place on September 29. The dead body of Dhubri circle officer who had been missing since the tragic boat accident in Brahmaputra River in Dhubri district of Assam has been recovered by the search and rescue team on Sunday.

The dead body of circle officer, identified as Sanju Das was recovered at a distance of 1000 m away from the incident spot, confirmed Abhijit Gurav, Dhubri Superintendent of Police.

It is mentioned a boat carrying 29 passengers had capsized in the Brahmaputra river on September 29. The incident took place after the boat lost control and hit one of the under construction pillar of the Dhubri-Phulbari bridge.

Assam Police on Friday registered a case regarding Dhubri boat capsize against two L&T officials in the state’s Dhubri district under the Disaster Management Act 2005. The detained officials have been identified as Harish Tiwari and Rajesh Kumar Yadav.

The L&T officials employed in the construction of the Dhubri-Phulbari bridge over the Brahmaputra River allegedly prevented Circle Officer Sanju Das from crossing the bridge due to which he had to take the ferry service, sources stated.

“After continued efforts by our rescue teams, the body of Circle Officer Sanju Das, who went missing in the recent Dhubri boat mishap, was recovered about 1000 m downstream from the accident spot. My deep condolences to his bereaved family. May his atman attain sadgati. Om Shanti!” Assam Chief Minister Himanta Biswa Sarma wrote on microblogging site Twitter.