China installs 3 mobile towers near the LoC in Leh 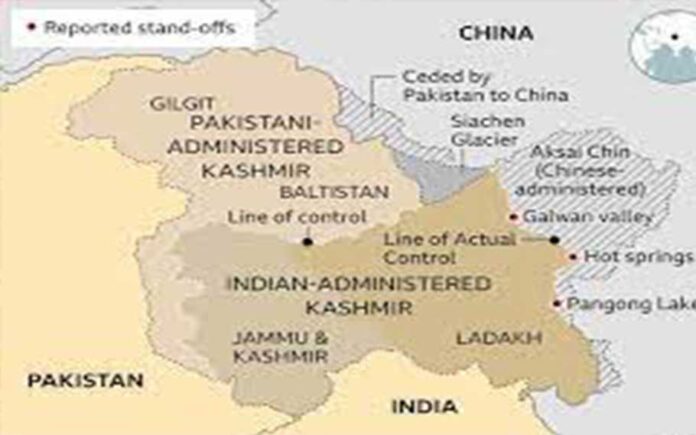 As China makes its recent move, Indian army officials has flagged a concern of the Chinese action near the LoC. Days after building the ‘illegal Bridge’ over the Pangong lake, the Chinese have now installed three mobile towers. According to the Panch sheel treaty signed between the two countries, India has urged China to maintain peace and to respect India sovereignty and territorial integrity.

China’s new development near the LoC

According to Chushul Councillor, Konchok Stanzin’s tweet that read , “After completing the bridge over Pangong lake, China has installed 3 mobile towers near China’s hot spring very close to the Indian territory. Isn’t it a concern? We don’t even have 4G facilities in human habitation villages. 11 villages in my constituency have no 4G facilities.”

In a recent report, the Union Defence Minister Rajnath Singh had delivered a stern message to China, asserting that they would not spare anyone if the country feels threatened in any possible way. “I cannot say openly what they (Indian soldiers) did and what decisions we (the government) took. But I can definitely say that a message has gone (to China) that India will not spare anyone, if India is harmed. (Bharat ko agar koi chherega to Bharat chhorega nahi),”

One of the major clashes between the two countries was in May 2020 wherein many soldiers from both parties were killed. Since then both the countries have had multiple rounds of talk to prevent further escalation of the situation.