The Story behind the celebration of Ganesh Chaturthi; Read to find out about Puja Tithis and Mauharats 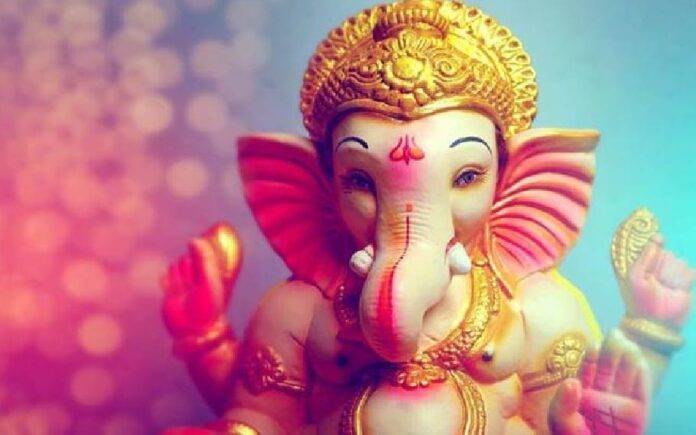 Preparations for Ganesh Chaturthi are in full swing after two years of restricted celebrations due to the COVID pandemic and its aftermath. This auspicious Ganesha festival will be celebrated for 10 long days with great enthusiasm by people across India.However, it is mainly celebrated in Maharashtra, Telangana, Andhra Pradesh, Maharashtra, etc.

Ganpati Bappa is welcomed by installing the idols of Lord Ganesha at the homes on the first day of the festival. Devotees decorate and worship the elephant-headed God and then bid farewell to him by immersing the idols in water after three, five, or ten days. The duration of keeping Lord Ganesha idols at home for worshipping completely depends upon the devotees. There are plenty of stories and beliefs behind the celebration of this festival. Know about some of them and the auspicious timings of Ganesh Sthapna and Visarjan here.

It is believed that Lord Ganesha was born on the Chaturthi Tithi of Shukla Paksha in the Bhadrapada month, which falls on 31 August this year as per the Gregorian calendar.

The famous story behind the celebration of Ganesh Chaturthi

Ganesh Chaturthi – The famous and most celebrated story of Lord Ganesha’s birth which finds its mention in some great historical scriptures, says that Goddess Parvati created Lord Ganesha with the sandalwood paste that she used for bathing. She asked him to guard the entrance until she comes after bathing. While executing his duty, Lord Shiva came and attempted to meet his wife. On being denied by Lord Ganesha to meet Goddess Parvati, Lord Shiva got furious and separated Lord Ganesha’s head from his body. On seeing this Goddess Parvati was enraged in anger and asked to eradicate everything if she doesn’t get her son back. Seeing the situation worsening lord Shiva asked to bring the head of a baby whose mother was facing the other way from her child. There was no child to be found apart from a baby elephant and hence the Ganesha became the elephant-faced God.

Fulfilling this condition, a baby elephant’s head was chosen for the task, after which Lord Shiva attached the elephant head to Lord Ganesha’s body. Since then, the day is celebrated as Ganesh Chaturthi.

The symbol of Patriotism

Ganesha festival, as a symbol of patriotism. The celebration of the festival in a grand way dates back to the time of Chatrapati Shivaji Maharaj. However, the festival was reincarnated by Bal Gangadhar Tilak to unite the people and bridge the gap of casteism among them. He set up the first and oldest Mandal, Kesha Keshavi Naik Chawl Sarvajanik Ganeshotsav Mandal at Girgaum in 1893. To instil the spirit of nationalism, he also began the tradition of installing Lord Ganesha Idol during the festival. People believe that he was the first person to install a large clay idol of Lord Ganesh in a public place and started the 10-day-long affair.