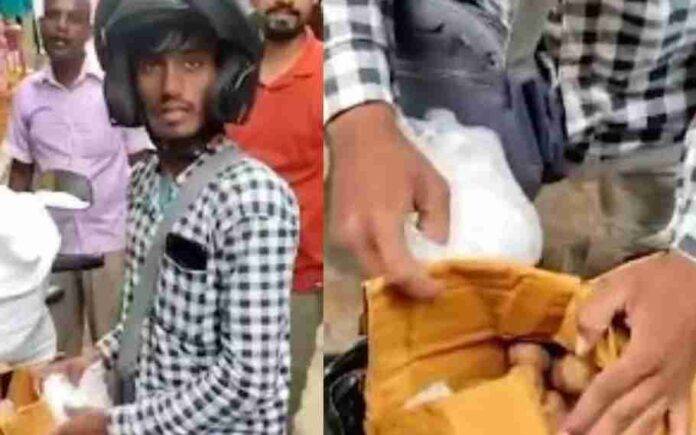 A video of the same has been doing rounds on the internet. The incident reportedly occurred in Nalanda.

In the video, a delivery executive was seen opening the package to reveal the potatoes.
The delivery executive however said, he had no idea whether the company that was delivering the product was in collusion with the online retailer.

The duped customer has been identified as Chetan Kumar, a resident of Nalanda’s Parwalpur. Kumar, a businessman by profession, reportedly paid the entire amount after placing the order. He reportedly instructed the executive to open the parcel and was shocked to see potatoes inside the box.

In a recent case, a man from Coimbatore received a packet of condoms instead of his order of ice cream and chips.