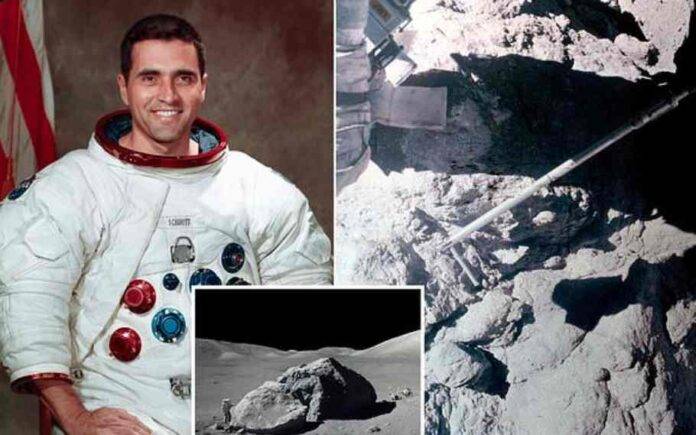 Did you know about an astronaut who was allergic to the moon? Life of an astronaut is quite venturesome and full of anticipation. And there are people across the globe aspiring to become one. With all the sparkling experiences, the astronauts get to deal with things they least expect.

This article will introduce you to the last person to go to space was allergic to the moon.

An Astronaut who was allergic to the moon

Harrison Schmitt an Astronaut from NASA suffered from an allergic to the Moon dust after which he warned the future visitors to take necessary precautions for the same. It was on December 11, 1972 when Schmitt, who was part of the Apollo 17 mission, landed on the lunar surface. He was a geologist and was responsible for collecting samples from the Moon. Schmitt collected the sample of Troctolite 76535, which according to NASA is the most interesting sample returned from the Moon.

Unfortunately, the dust got stuck to the suits, boots and tools of Schmitt and fellow astronaut Eugene Cernan. On taking the helmet off, he was utterly irritated. It was because of the moon dust, Schmitt experienced a momentary sneezing fit, red eyes, itchy throat and clogged sinuses in response to lunar dust.

Schmitt’s view on being allergic to the moon:

According to reports by the U.K.’s Daily Telegraph, Schmitt told the Starmus audience about his experience of inhaling Moon dust, “First time I smelled the dust I had an allergic to the moon, the inside of my nose became swollen, you could hear it in my voice. But that gradually went away for me, and by the fourth time I inhaled lunar dust I didn’t notice that. Whereas a flight surgeon taking suits out of the Apollo 17 command module, after we had splashed down, he had such a reaction that he had to stop doing what he was doing.”

Schmitt added that there should be a better understanding of how people react to Moon dust. He further said, “For some individuals we need to find out whether they are going to have a reaction, if they are going to be exposed chronically to Moon dust. Now my suggestion is don’t ever let them be exposed to lunar dust and there are many engineering solutions since I was flying to keep dust out of the cabin, to keep it off the suit. It’s going to be primarily an engineering problem.”

Schmitt never stopped speaking about the allergic reaction. During an interview with Wired in 2005 he said, “Dust is the No. 1 environmental problem on the Moon,” he told the magazine. “We need to understand what the effects are, because there’s always the possibility that engineering might fail.”

However, over the time, researchers have managed to launch an advanced coating test aboard the International Space Station for use on satellite components that could also help NASA solve one of its barbed confrontational that is to keep the Moon’s irregularly shaped, razor-sharp dust grains from sticking to virtually everything they touch, including astronauts’ spacesuits.

Researchers have also figured out that the plasma that can damage electronics as spacecraft fly through Earth’s magnetosphere is also the source of the Moon’s dust problem. It is observed that Plasma flowing out from the Sun also charges the lunar surface. However, in this case, it deposits electrons and creates a net negative charge. It gets more complex at the terminator where the two sides meet and even stronger electric fields develop, all of which could affect humans or technology that land on the Moon.

It is to be noted that the potential health risks and allergic to the Moon dust were recently studied by scientists, who found that long-term exposure to lunar dust may cause problems for astronauts on long duration missions. By taking a deep dive into some of the hazards that line-up moon missions might face, researchers are seriously looking into how to deal with the dangerous dust that can tear up spacesuits and clog equipment.

Also Read: Period Sex: What are the possibilities of Pregnancy?