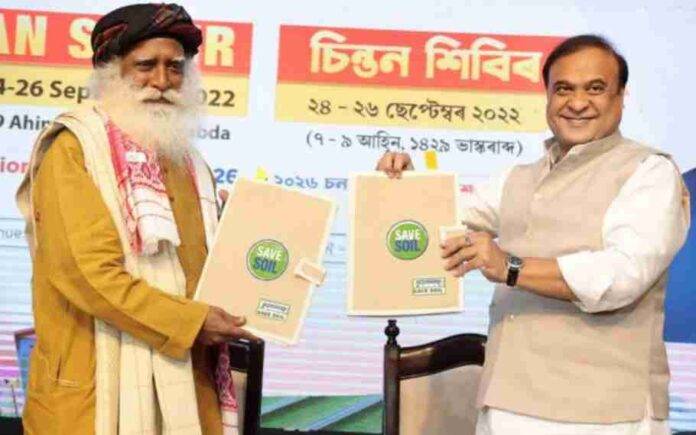 Assam CM and Sadhguru face FIR for allegedly violating wildlife protection laws during his recent visit to Kaziranga National Park. The complaint was registered on Sunday.

The Minister along with Sadhguru has been accused of violating wildlife protection laws during their jeep safari after dusk in the National Park.

As per reports, an official of the National Park said, an enquiry into the matter has been initiated. The official also said, since the Kaziranga National Park falls under the Forest Department, a statement cannot be issued until further discussed.

The complaint was filed by Soneswar Narah and Prabin Pegu who alleged, jee safari with the vehicle’s highlights blazing after dusk is a violation of the Wildlife Protection Act, 1972.”

The development comes after sadhguru had driven a jeep in the national park with CM Sarma sitting beside him and other VIPs seated in the back of the vehicle on Saturday evening.