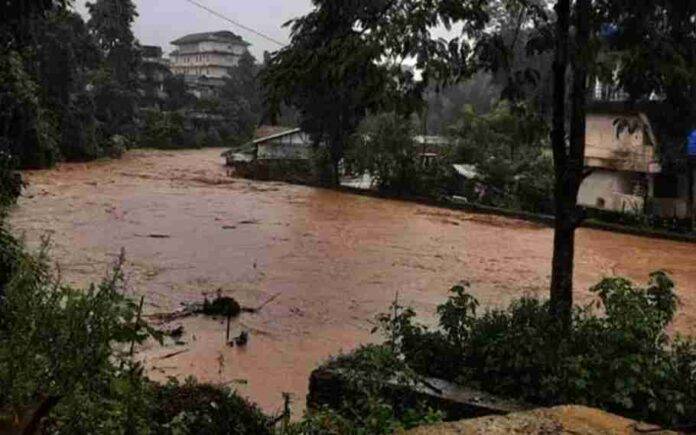 Arunachal Pradesh flood has caused a widespread concern for all. The government has also issued a warning as the Siang River is in spate, following the heavy rainfall in the region over the last few days.

The people living in the area have been asked to stay indoors and avoid going outdoors if not necessary.

Reports reveal, the area is under strict watch under water resources and disaster management department. Pasighat recorded 482 mm of rainfall on Monday and 480 mm on Tuesday. This is reportedly the highest in the last 25 years.

A video of the dilapidated condition of the state has gone viral, wherein one can see the flood water coming down a steep road at a very high speed thus making it difficult for a man to cross over the road.