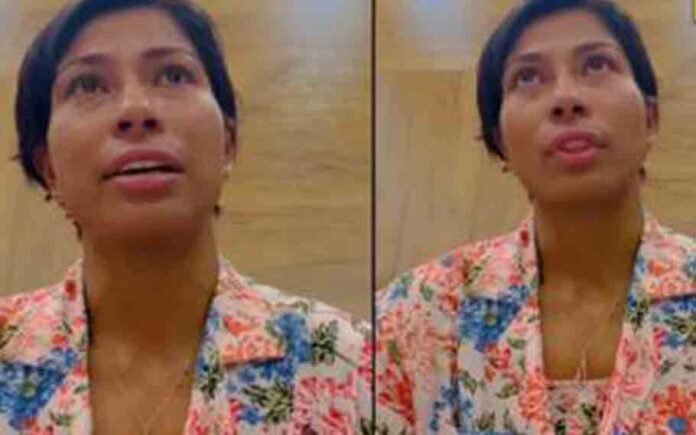 Lovlina Borgohain, a Tokyo Olympic bronze medallist boxer, has reportedly filed for divorce in a Guwahati family court against her husband, Nabanit Goswami of Jorhat, whom she married in 2018 after a long relationship.

Lovlina Borgohain releases a video on her Facebook page

The Assam boxer released a video on her Facebook page, while the cause for the divorce is unknown. Lovlina can be seen in the video crying because she believes her divorce story was publicized in the media in a miscalculated manner.

The 24-year-old stated that she and her partner had signed a legal agreement to ensure their commitment to one another when they were both gone for work.

She explained that she was dating this person, whom she had met in 2018. Lovlina agreed to form an agreement with him to ensure that they do not feel threatened by the distance. She claimed that this agreement was similar to court marriage, but neither of them went to the court or any official to have it recognized as such. This agreement was signed as a security bond while both of them were away and hence, they’ll wait for their marriage until their parents get them married.

Lovlina stated that they had mutually agreed and decided to stop communicating with one another until the Olympic games. She explained that she did this because she needed some space to focus on her gaming and didn’t want to add any additional burden to her life. Because of the covid condition and her mother’s operation, she had already been through a lot. As a result, they eventually ended their relationship. It’s been a year and a half since they called it quits on their relationship.

She did, however, point out that the story was published in a severe ‘miscalculated way’ due to the incompetence of the media and court officials, causing misunderstandings between the two families.

Lovlina broke down in tears, pleading with people not to push the story any farther than it already has and requesting that her privacy be respected. She stated that this may have an impact on her performance in the future days.