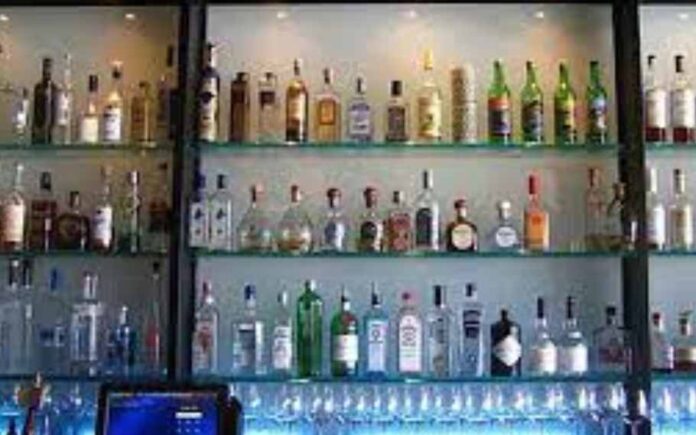 The district government in Tinsukia sealed a restaurant on Sunday night after it was discovered serving liquor without a bar license and using a residential LPG cylinder for commercial reasons.

Khagiram Baruah, the manager of Apu’s restaurant on the outskirts of Tinsukia, has also been arrested, and two separate FIRs have been filed against the restaurant owner.

In an apparent attempt to twist the facts, the restaurant management was accused of misrepresenting information in front of the media. A few news outlets broadcast CCTV footage of two officials drinking alcohol, as well as a news report claiming that the raid was carried out in response to a billing dispute.

“The raid was undertaken following a resolution reached by the administration during a district development meeting earlier in the day to initiate a crackdown on all forms of unlawful operations,” Tinsukia deputy commissioner Narsing Pawar told the reporters.

He stated that five teams made up of representatives from several departments have been formed to combat the criminal activities that are thriving in the district.

“As part of the planned attack, one of the squad posed as a customer and demanded to be served liquor at Apu’s restaurant in Tinsukia. The enforcement squad waiting outside searched the eatery immediately after the business provided booze and recovered a large quantity of liquor,” Pawar stated.

Pawar has appealed to locals to contact him directly over Whatsapp and offer information or images related to illicit activities in their communities. “As per Chief Minister Himanta Biswa Sarma’s directive, the district administration has implemented a zero-tolerance policy against illicit operations,” Pawar stated.

According to Tinsukia ADC Borkakoti, two distinct FIRs have been lodged, and the restaurant’s owner is untraceable.