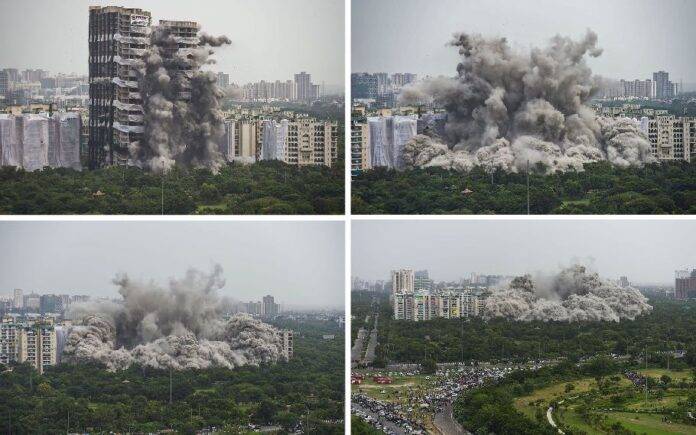 The aftermath of the Noida Twin Towers Demolition has resulted in a lot of sufferings for the people in the neighbourhood.

The society woke up today to a mountain of debris which was left behind by the explosion. Visuals give us a glimpse of the tallest structure of India crumbling down in seconds.

A whopping 3,700 kg of explosives had brought down the entire Noida Supertech Twin Towers. This demolition has affected people’s health severely.

Here is a list of Dos and Don’ts issued by the Noida authorities for people living close to the demolition area.

After the demolition, many people complained about – burning sensations in the eyes, nose or face, body aches, tightening of the chest, irregular heartbeat, breathing difficulties, excessive coughing, runny nose, feeling of uneasiness, and stomach ache.