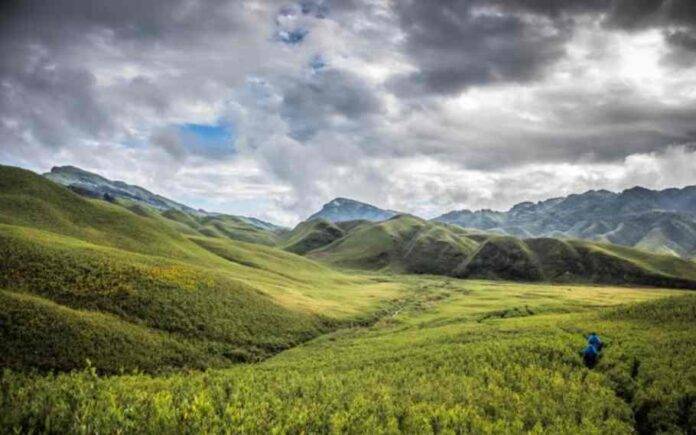 Facts about Nagaland. it is a small state known for its rich cultural heritage. The state is a home to diverse indigenous tribes. It is a lyrical folklore that has managed to travel through centuries. The unique indigenous aspects of Nagaland’s ethnic roots with intriguing tribal customs, enriched traditions, unintelligible regional languages, has fascinated visitors from worldwide.

Here we introduce to you 5 amazing facts about Nagaland:

It is a home to world’s hottest Chilli pepper:

The pepper that holds the title in Guinness Book Of World Record for being the hottest chilli pepper from 2007 until 2010, is most likely to be found in the backyards of every Naga home.

The Bhut Jolokia which is native to the state of Nagaland is nearly 400 times hotter than the much famed and recognised Tabasco sauce. Consumption of the product has medical benefits too that may include lower cholesterol, lower blood sugar, and possibly even protection against certain types of cancer.

The Naga Shawl is a symbol for social hierarchy:

The Naga shawls are bright red and black and sometimes yellow and a bit of blue are also used. The red in the shawl signified the blood of the enemy. The blue was derived from leaves, off plants grown for this purpose in the outskirts of the village.

The vibrant Naga shawls have more to it than just appealing patterns and colors. The shawls are the most significant piece of clothing in the Naga society and determine the social status of a person donning them. Each tribe has its own distinctive design, pattern and style that helps to discern one from the other.

Unity is the motto of the state: The Nagaland Government officially adopted the new state logo or emblem (above) on Independence Day on 15 August 2005 replacing the Ashoka insignia. The new logo was used on the cover page of the Chief Minister’s Independence Day speech delivered at a Independence Day function held at the state civil secretariat ground.

The new logo or insignia was adopted by the Nagaland Government representing Naga ethos and identity.

The shape of the emblem of Nagaland is a circular depicting a dark Mithun bison standing on a green hilly landscape in the middle. It has an outer ring in red background with the word “Unity” on top and the words “Government of Nagaland” at the bottom.

The grand Feast of Merit was a significant cultural feature of pre-Christian Naga practices which conferred social status to a person. The practice, which took years or almost a lifetime to complete, was a series of feasts, each one more lavish and socially important. Besides, there were feasts of friendship which were celebrated to strengthen the bonds of friendship between two persons. The feast given is expected to be returned by the friend, failing which a fine may be claimed.

It has Dimapur Airport that was built during world War 2:

In the present times, there are plans for expansion of the airport to meet international norms by buying land at Aoyimti village. The airport is majorly served by Air India and Indigo airlines. The airport offers direct and indirect flight services to a large number of cities across the nation, including Dibrugarh, Kolkata, Patna, Delhi, Hyderabad, and Bengaluru, amongst others. The Airport is managed and controlled by the Airports Authority of India (AAI).

Also Read : Did you know Arunachal Pradesh is where the sun can be seen 1st in India?