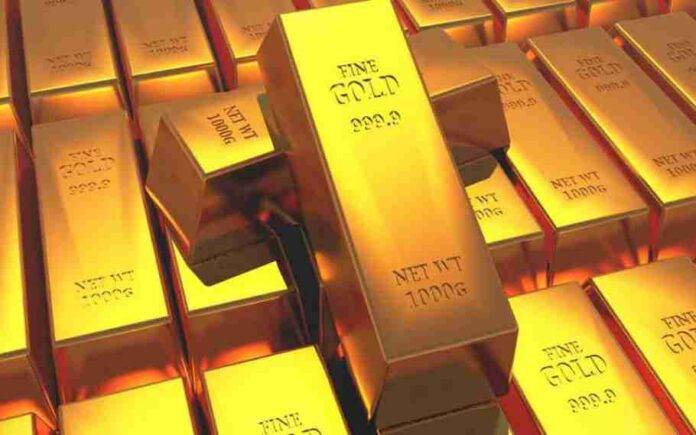 The gold price keeps fluctuating. Know an Indian citizen who has not invested in gold? You would not have. We Indians are known for various things, and among these various things, there is also the aspect of gold investments. At some point in life – all of us have invested in some form of gold – which is why it plays such a vital role in our financial life. Did you also know that India is the largest gold consumer in the world? But,have you ever wondered what actually determines the value or the price of gold? This article is going to speak about this aspect in detail.

Gold is a precious golden metal that entices people with its stunning beauty and charm. Gold’s significance has expanded over time as it represents expansion and prosperity, which is why Indians are drawn to it. Gold is regarded as an emotional asset in India, with sentimental values linked with it, rather than just a metal that helps individuals enhance their appearance. On auspicious events such as Dussehra, Diwali, Akshaya Tritiya, and many other festivals, Indians consider purchasing gold. Weddings in India are also incomplete without gold jewelry, and people can’t seem to get enough of this precious metal.

As a result – India has also become one of the greatest gold consumers, accounting for over a quarter of global gold consumption.

Today, gold, as a super metal, may give many solutions and act as a knight in shining armor because it can be quickly sold in the event of a financial crisis. Gold has attracted not only ladies but also investors who are influenced by the ever-changing gold rates.

You also have to know that different places in the country have different rates. For instance, you can look up the gold prices in Bangalore and then the Gold rate in Kolkata– you would know it.

What Makes the Price of Gold in India?

The gold price in India has been determined by the following factors:

a) Inflation: Gold has a higher value and is used to protect against inflation since, unlike the currency, its value is mostly constant. This is why investors prefer gold to currencies. As a result, as inflation grows, so does gold demand and vice versa. In such a case, the price of gold will rise, resulting in an increase in customer demand.

b) Global Movement: The metal’s price in India is influenced by worldwide movements. This is because India is a major importer of gold, and fluctuations in import prices caused by global events are reflected in the price of gold in the home country. Since the value of money and financial instruments may plummet during a political upheaval, investors often seek a safe haven in gold. Furthermore, gold demand and price grow during political upheavals as opposed to peaceful times.

d) The Jewelry Market: Purchasing gold jewelry for festivals and weddings is a common practice in India. As a result, the price of gold climbs during the wedding season and holidays such as Diwali due to increased consumer demand. Gold is always in high demand for a variety of reasons other than jewelry. As a result – local demand for gold has increased to the point that India must import enormous amounts of metal on a monthly basis. The industrial sector’s demand for gold accounts for 12% of total demand in the country.

e) Interest Rates: Gold demand is closely related to interest rates on financial products and services. Gold prices are now recognized as reliable indicators of a country’s interest rate trends. When interest rates are higher, customers sell gold for cash, and a larger supply of gold leads to lower gold pricing. Lower interest rates, on the other hand, would translate to more cash in customers’ hands, resulting in higher demand for gold and, consequently, an increase in the metal’s price.

f) The Import Rate: India’s natural gold reserves are diminishing, and the country’s gold output is decreasing in comparison to past years. As a result, import tariffs play a key role in determining gold pricing in India. A high import rate will always result in higher rates and vice versa.

g) The Supply Chain: In its natural form, gold has become a rare commodity, with just a few nations having considerable quantities. As a result, the quantity of fresh gold fluctuates from time to time, requiring us to make do with the current market supply. Prices can shift substantially when the demand and supply combination changes, and this is always a factor to consider when calculating rates in India.

h) International Matters: Tensions between global powers can drive up gold prices today, altering international relations. For example, if the US has bad relations with a major gold producer, gold prices may drop due to a supply constraint. The relaxation of sanctions and broader global relations influence gold rates, primarily because gold is considered a hedge against political instabilities.

i) The US Dollar: Gold rates are highly influenced by the performance of the US dollar, with prices inversely proportional to dollar rates. This association exists because gold is a commodity that is traded internationally, and the US dollar is the favored international currency. Any changes in the US would have an impact on gold prices directly or indirectly. As the vast majority of gold purchased in India is imported, prices in India are also influenced by foreign markets.

Who is Actually the One that Determines the Gold Price in the Country?

Since there is no “kingmaker” in the Indian gold business, gold prices are established mostly through an informal process. International prices have an impact on gold rates in India, albeit they may not be exactly the same as they are abroad. The Indian Bullion Jewelers Association – or the IBJA, is a key player in determining daily gold rates in the country. IBJA members are the country’s biggest gold dealers who have a vested interest in setting pricing.

These members, who come from all around India, account for nearly all of the legal gold sold and purchased in the country. Banks typically import gold in India, which is then distributed to bullion dealers throughout the country. Banks provide this gold to dealers after adding their fee, which is already slightly more than the rate at which the gold was imported.

The IBJA then starts the process of setting pricing by speaking with the country’s ten largest gold dealers. These dealers provide ‘buy’ and sell quotes based on the price at which they purchased gold.

Dealers often calculate their ‘buy’ and sell rates by multiplying the international cost of gold by the exchange value of the rupee in addition to any import tariffs and taxes such as VAT. Dealers ensure that their margin is added to the prices they provide while keeping their criteria in mind. This system assures that gold rates in India are in line with international trends, and buyers may buy gold without fear of being tricked on gold rates.