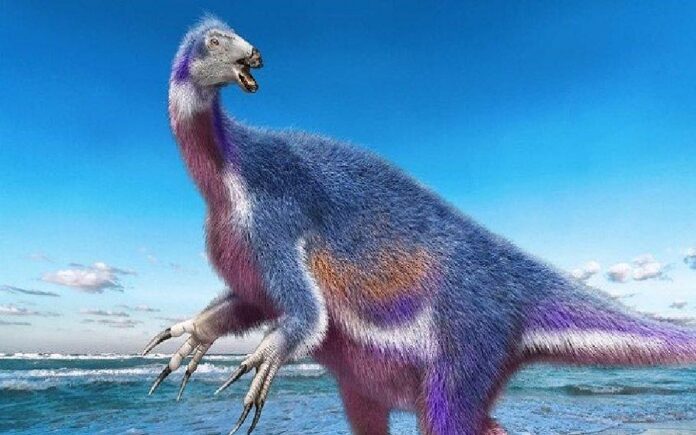 According to a recent study, a bipedal dinosaur with knives for fingers roamed the Asian coastlines between 66 million and 145 million years ago.

According to Live Science, the new genus and species of Cretaceous dinosaurs have been identified from fossilized remains discovered in Hokkaido, Japan’s northernmost island. According to specialists from the United States and Japan, the fossil is the first to be discovered in Asia in marine deposits.

According to the researchers, the dinosaur belongs to the Therizinosaurs

The specimen belongs to a newly discovered species called “Paralitherizinosaurus japonicus” by the researchers. According to the study, the dinosaur belongs to the Therizinosaurs, a group of bipedal, herbivorous three-toed dinosaurs.

The fact that it had sword-like claws was the most noteworthy feature of this species. The researchers explained that the Edward Scissorhands-like weapons were used for slashing vegetation rather than eviscerating animal prey.

A different team of researchers discovered the hooked-shaped fossil with a half vertebra, a partial wrist, and a forefoot in the fossil-rich Osoushinai Formation in Hokkaido, Japan, in 2008. The fossil was discovered enclosed in a concretion, which is a solidified mineral deposit, and it was previously thought to belong to a therizinosaur.

The initial researchers, however, were unable to draw any clear findings due to a lack of comparable data at the time, according to representatives of Hokkaido University in a statement. Scientists decided to study the specimen once new data became available that allowed them to categorize therizinosaurs based on the shape of their forefoot claws.