Impact of Britishers on the life of Tea Garden Managers 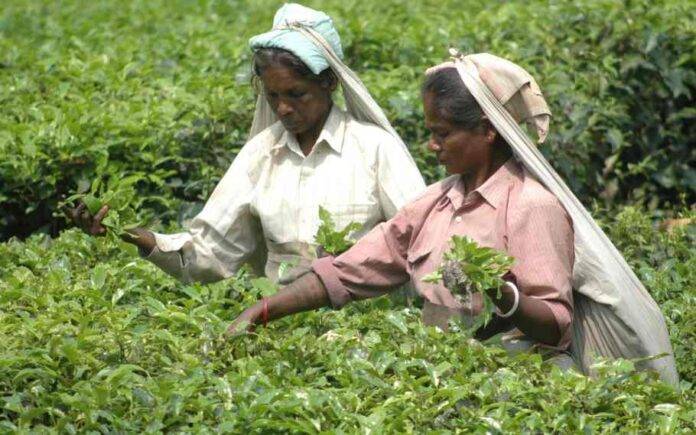 More than 70 years after, the impact of Britishers on India has left many among the state’s 80 lakh tea garden managers to continue grapple with the ill effects of a colonial-era habit of excessive salt consumption.

Impact of Britishers on life of Tea Garden Managers

“The practice of consuming salt with tea, initiated during the British era to help combat dehydration, continues even today. This has led to several medical complications such as hypertension, heart ailments and eclampsia adding to high mortality rates in the community. The health department is constantly trying to reduce consumption of salt but many continue the habit as they can’t afford sugar”.

In the 1880s, tea, once a symbol of upper-class luxury, became the
“cheapest and most widely used drink amongst the common people” in
Europe. Tea first boosted in popularity during the 1830s and the demand
for this product, especially in Great Britain, soared; the British public
accounted for roughly 88% of all tea use, and their patterns of consumption increased market expansion. Previously, Chinese tea dominated the world economy, but by 1888 Indian tea established itself as the chief product of European consumers.

However, with this increase in demand, came the formation of smaller entrepreneurial bodies such as the Assam Company, which essentially followed the exploitative practices that East India. The company had already been established. The East India Company initiated a string of government-supported private entities that possessed sovereignty in Indian provinces from the eighteenth century on. With the growth of the East India Company and the tea industry, other companies began to form; the similarities between these entities give rise to the question: to what extent do the private tea gardens, under the direction of companies like the Assam.

How Britain exploited India’s tea garden managers and labourers as a whole?

To guarantee that the workforce was productive, entities such as
the Assam Company constructed false narratives against local labourers and “raised a hue and cry about local labour due to the alleged unwillingness of Assamese agricultural labourers to work in tea gardens”. British entrepreneurs ignored the favourable balance of indigenous inhabitants and land, as ignored the fact that the fertile soil allowed peasants to grow rice with little effort or capital—reasons which, if acknowledged, would have explained why local people were not interested in working on the plantations.

It is because of these factors that Assamese and Bengali inhabitants had little incentive to tea cultivators, a labour-intensive occupation. In addition, tea companies offered arbitrarily low wages and only a “substantial monetary inducement” would have caused Indian people to voluntarily labour in tea gardens. No such monetary inducement existed, and government works such as railroad the production offered higher wages—thus attracting local labour more easily. Because the Bengali and Assamese inhabitants did not willingly seek employment with them, tea garden managers and companies, therefore, dismissed indigenous people as lazy.

Private tea garden managers reaped enormous profits and refused to invest in surrounding villages. During “the years of tea mania everybody was quietly busy making his own fortune” and private merchants established extravagant lifestyles for themselves—often in stark juxtaposition to the poverty that characterized the plantations and the neighbouring villages. The real profit from these tea estates ended up in “the hands of the owners and managers in the form of profits or salary,” as they received a salary ten times the size of their common labourers. In this way, tea plantations mirrored greater exploitative trends of the East

India Company as a whole— especially because, as a result of these practices, North Bengal and the Assam Valley remained severely underdeveloped. 68 Urban centres did spring up near plantations, but they catered mostly to the needs of the tea gardens and “failed to grow into viable trade and commercial centres” for local people.

Although a member of the British civil service claimed that “the Charter Act of 1813 directed that out of the annual surplus revenues of British India a sum of not less than one lakh of rupees should be set apart and applied to ‘the revival and improvement of literature and the encouragement of the learned natives of India,” the overwhelming majority of the profits from Assam gardens actually “enriched Britain and benefited British citizens”.

British planters did not invest in charitable organizations or state development, and preferred to hoard their profits. Tea garden managers and companies, supported by the British government, utilized exploitative means, just as the East India Company increased European interests at the expense of the non-Western indigenous population.